Centre is likely to table ‘Weapons of Mass Destruction and their Delivery Systems (Prohibition of Unlawful Activities) Amendment Bill, 2022′ in the Rajya Sabha (RS) on the first day of the Monsoon Session of Parliament on Monday.

The Bill will be tabled for consideration and passing. Union Minister for External Affairs Dr. S Jaishankar will move the Bill to amend the Weapons of Mass Destruction and their Delivery Systems (Prohibition of Unlawful Activities) Act, 2005, as passed by Lok Sabha.

The Rajya Sabha Secretary General will lay on the table a statement showing the Bills passed by the Houses of Parliament during the 256th Session of the Rajya Sabha and assented to by the President.

The Upper House will also make an obituary reference to the passing away of former Prime Minister of Japan Shinzo Abe, legendary Santoor player Pandit Shivkumar Sharma and others.

The Rajya will also make obituary reference to the passing away of former Members Kishore Kumar Mohanty, Robert Kharshiing, and K K Veerappan, President of the UAE and the Ruler of Abu Dhabi Sheikh Khalifa Bin Zayed Al Nahyan, and third President of Kenya Mwai Kibaki. 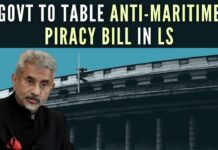 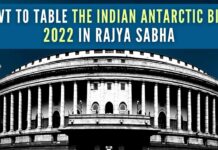