[dropcap color=”#008040″ boxed=”yes” boxed_radius=”8px” class=”” id=””]J[/dropcap]ammu province houses lakhs of refugees. Bulk of them is Hindu and the rest are Sikhs. There are refugees from Kashmir and border migrants of 1965 and 1971. Their number is approximately four lakhs (400,000). They are all Permanent Residents of Jammu & Kashmir. They enjoy all the rights available under the Jammu & Kashmir Constitution of 1957. They are also called internally-displaced persons. Their demand is not citizenship rights; their demands range from creation of separate homeland in the Valley invested with Union Territory status to fool proof security to proper rehabilitation.

It is against them (Hindu and Sikh refugees from West Pakistan) that all the Kashmiri parties, without any exception, have joined hands to oppose the decision on issuing even “identity cards” to them.

Then there are refugees from Pakistan-occupied-Jammu & Kashmir (PoJK) and the then Pakistan. They migrated to Jammu in 1947 in the wake of the communal partition of India to escape the wrath of protagonists of the atrocious two-nation theory. Those who migrated from PoJK are Permanent Residents of Jammu & Kashmir, as they migrated from the areas which were part of the Princely State of Jammu & Kashmir as it existed on August 15, 1947, when India was partitioned to fulfil the urge of Mohammad Ali Jinnah and other Muslim Leaguers. They exercise all the rights which are available under the Jammu & Kashmir Constitution of India. Their three fundamental demands are (1) proper rehabilitation, (2) adequate compensation for the properties they left behind in areas like Muzaffarabad, Poonch, Bagh, Mirpur and Kotli, and (3) abolition of the Evacuee Property Act.

It is the Hindu and Sikh refugees from Sialkot, Sakargarh and the adjoining areas of the then West Pakistan who have been moving heaven and earth since 1947 to obtain their natural rights, including the right to dignified life, right to property, right to jobs under Jammu & Kashmir Government, right to bank loans and right to participate in the Assembly and Local Bodies’ elections in Jammu & Kashmir. It is against them that all the Kashmiri parties, without any exception, have joined hands to oppose the decision on issuing even “identity cards” to them.

These hapless and abandoned refugees have held numerous demonstrations in Jammu and Delhi, organised long marches, courted arrest and exhausted all constitutional methods of agitation to obtain citizenship rights. Faced with official apathy, they even approached the Supreme Court in 1982, but failed to obtain justice because Jammu and Kashmir enjoyed special status under Article 370 of the Indian Constitution. Disposing of the Writ Petition (Civil) No. 7698 of 1982 on February 20, 1987, the Supreme Court said it was “unable to give any relief to the petitioner”.

The operative part of the judgement reads:

[dropcap color=”#008040″ boxed=”yes” boxed_radius=”8px” class=”” id=””]T[/dropcap]hough the Supreme Court did not give any relief to the petitioner, it did suggest ways and means of redressing the grievances of the refugees, but with no result. Neither the State nor the Union Government thought it advisable to act on the suggestions as contained in the judgement for obvious reasons, the most important being the oft-repeated argument of Kashmiri leadership that granting citizenship rights to the refugees would mean a change in the state’s demographic profile, erosion of its autonomous status and alienation of Kashmiri Muslims from India. Expectedly, the Union Government sided with the Kashmiri leadership overlooking the human angle. That attitude persists even today.

It is hoped the Government of Prime Minister Narendra Modi would undo the past wrongs and grant citizenship rights to the refugees from West Pakistan.

It may appear unbelievable, but it is a fact that the Sheikh Abdullah-led Government in the state granted citizenship rights to numerous Uyghur Muslim families in 1952 and settled them in the Eidgah area of Srinagar with full citizenship rights. The Uyghur Muslims migrated from Xinjiang province of China to escape Communist Beijing’s wrath.

Similarly, the Government of Bakshi Ghulam Mohammad, which replaced the Sheikh Abdullah Government in August 1953, also accorded similar treatment to the Tibetan Muslims who migrated to Kashmir in 1959 in the wake of the Chinese annexation of Tibet. They were also settled in the same locality with full citizenship rights. Tibet’s leader, the 14th Dalai Lama, along with thousands of Tibetans, also migrated to India in 1959. 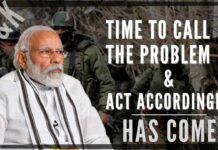 PM Modi was constantly on phone during the surgical strike; wanted to ensure each soldier should return safely 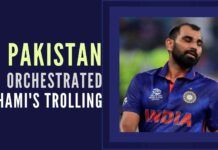 Chidambaram files a frivolous petition through benami against the ED officer...

Why is the consumer not seeing benefits of a 75% drop...