How Tamil Nadu man starts own bank to con depositors

After a complaint from the Reserve Bank of India (RBI), Chennai, the Central Crime Branch (CCB) of the Chennai City Police has busted a fake bank that had been operating in the city and eight other places in the State and arrested the prime accused in the case.

The ‘Rural and Agricultural Farmers’ Co-operative Bank’ was active for nearly a year; it collected unauthorized deposits and advanced loans claiming to be an entity regulated by the Reserve Bank of India.

In a search conducted at the bank’s head office in VGN Brent Park, Ambattur, teh police seized incriminating materials. Chandrabose, 42, having an MBA degree from the UK, was arrested and remanded in judicial custody till November 18. A luxury car was seized from him.

Chandrabose reportedly ran the entity in the name of ‘Rural and Agricultural Farmers’ Co-operative (RAFC) Bank’ for nearly a year and collected unauthorized deposits from the public claiming to be an RBI-regulated entity.

The accused had recruited staff for branches by collecting Rs.2 lakh to Rs.7 lakh. Through the staff, the accused enrolled 2,000 members across the State and collected Rs.700 from each as a membership fee.

City Police Commissioner Shankar Jiwal said, “Our investigation revealed that the accused had fabricated a certificate purportedly issued by the RBI and opened branches of the Rural and Agricultural Farmers’ Co-operative Bank in nine places. They collected deposits under various schemes and advanced loans. Our preliminary investigation revealed that the entity might have transacted around Rs.2 crore.”

Mr. Jiwal said the accused obtained prepaid cards from ICICI Bank in the name of the RAFC Society, issued the cards to its enrolled members, and activated them by submitting the KYC documents of the members to the ICICI Bank.

“The amount collected from the public was deposited in an ICICI Bank account. It has been frozen with the available balance of Rs.56 lakh. Further investigation is on to ascertain how many persons were affected and how many were involved in the fraud,” he said. 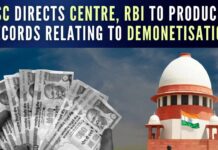 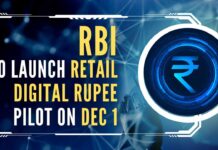 The looters are nimble while our practices & laws are democratic...