The mobile phone is now being used for small-time financial activities, such as information on prices, billing settlements, etc. We have service providers like Air Tel/Jio providing internet based TV channels which will provide competition to Dish TV /Tata sky etc. Over period of time satellite based TV channels might be extinct if the number of TV towers serves well to offer hundreds of channels.

This is one major disruption. But more important is the service provider replacing banks.

Already Jio is tied up with, SBI and Air Tel with Kotak bank etc. This is to act as payment banks.

The service providers initially provide an overdraft or revolving credit facility to the retail trader, which is adjusted on a daily basis by crediting the retailer for every debit incurred by the buyer.

One step more is required to make mobile revolution complete in the Banking services. The important development that service providers and bankers should work towards is to make it drive a retail credit revolution. One observes that in the boat markets of Bangkok, one can either pay by baht, the local currency or get charge cards from the service providers and pay through them.

The service providers initially provide an overdraft or revolving credit facility to the retail trader, which is adjusted on a daily basis by crediting the retailer for every debit incurred by the buyer. The payments made by customers are used to bring down credit given in the morning. This is one of the interesting possibilities, wherein the retail trade network is provided a credit facility and which reduces their cost of borrowing. It requires one mobile instrument with them and periodic crediting of their account based on received calls, which are mostly available free.

The share of trade, [around 10 per cent of the national income] is at Rs. 17 L crore [$ 263009.2 Million]. The trade sector would have needed Rs. 14 lakh crore [$ 216595.4 Million] as credit requirements (since, in trade, the major portion of capital is working capital). The combined financing to trade by all banking sources was around Rs. 5 lakh crore [$ 77355.5 Million]. This implies that around 30 per cent of credit requirement is met by banking channels and the remaining by non-banking ones including money lenders. So, the potential available for mobile phone service providers is a market of the order of Rs. 9 lakh crore [$139239.9 Million] for digital-based lending.

Instead of permanently singing the WalMart kirtan, we should think of innovative ways in which technology can facilitate the vast base of self-employed groups. The millions of entrepreneurs involved in the retail trade, instead of being dismissed as “unorganized,” can be made more effective by the credit enhancement and price discovery process simply by using mobile telephony.

It is not required for WalMart to come here and squeeze our farmers and small manufacturers and sell their produce/products to consumers at “lower prices”. We can think of leveraging on telecommunications to make all factor markets more efficient and lower consumer prices.

The appropriate thing to consider is to make the mobile sets—more so the “smart” ones- free goods for the poorer, self-employed groups.

The most important thing about the mobile phones is that — unlike computers — even people who are not literate can use them. The only requirement is ability to speak and/or hear. We need not worry about language or massive software development. This small communication device provides phenomenal power unthinkable by economists or financial experts some ten years ago.

Hence the interesting question is if the service provider will swallow the banks or other way. Here the technology savvy service provider can give banking services easily compared to banks becoming tech savvy. So banks may become endangered species to be shown on animal planet or National Geography channels.

The appropriate thing to consider is to make the mobile sets—more so the “smart” ones- free goods for the poorer, self-employed groups. This can be done even through SHGs, wherever they are active, as they may be better able to identify the right beneficiaries. The Central and State governments, as well as various aid organizations, can give the handset free to many in these segments.

It must be seen as a process of asset creation and making markets work and should not be condemned, by the metropolitan experts, as a populist scheme. Most of the time, these beneficiaries need to receive calls rather than make them. If we have a market of 800-1000 million smart sets, the unit cost can be brought down to even less than 000rs. But the Government seems to think that the service sector is the economy’s milch-cow, rather than the engine of India’s growth. It may now be taxed at 18 per cent, and the argument is that their share is more than 50 per cent in our GDP and, hence, they should contribute more.

Since the growth in the economy is not due to the Government but in spite of it, the least it can do is to allow million of these entrepreneurs to flourish for a vibrant and sustained growth process.

1. Text in Blue points to additional data on the topic.
2. The conversion rate used in this article is 1 US Dollar = 64.63 Rupees.
3. The views expressed here are those of the author and do not necessarily represent or reflect the views of PGurus. 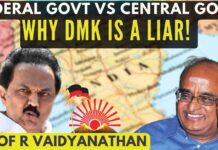