[dropcap color=”#008040″ boxed=”yes” boxed_radius=”8px” class=”” id=””]A[/dropcap] front-ranking brand valuation firm said on Monday that, Tata Consultancy Services (TCS), a leading global IT services, consulting and business solutions company has been rated as the World’s most powerful brand in IT services.

In Brand Finance’s 2016 annual report that evaluated thousands of the world’s top brands, TCS emerged as the IT services industry’s most powerful brand, earned an AA+ rating, scoring 78.3 points.

Disney was rated as the most powerful brand and Apple as the most valuable brand for 2016 across all industries.

The report sought to determine which were the most powerful, and the most valuable brands, a TCS media release said. 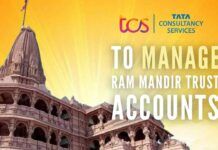