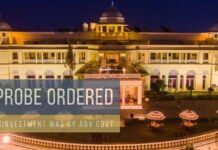 One more Visveshvaraya moment for Raga