India is a classic civilisation state and Bharat Mata is mystically transcending the narrow legal definitions of European theorists of what constitutes as the modern nation-state.

As NDA Government nears completion of its term in office it’s under huge pressure for not quite fulfilling a new era of governance which could finally have put India on a path to restore its rightful place in the comity of Developed Modern Nations.

Is India always destined to be tested for its resolve to survive invasions & cultural assaults from within and outside in every millennium ???

It must be stated though Prime Minister Modi initiated several significant steps to enhance India’s image on the global stage the bitter truth is Brand India won’t sell abroad if Indian society remains deeply polarised and in the clutches of domestic violence and anti-modernism at home.

However its widely accepted fact the one common glue holding all Indians together is the ancient common cultural bonding & civilisational heritage which needs to be brought to fore as a priority by Govt of India and establishing a national overriding identity narrative and pride for all citizens to work together towards a common goal of United developed modern nation.

A part of grand national narrative echoed by many experts is that India is not an artificial Nation State created by the British post-independence as nothing could be far from the truth as it blocks any attempts to identify the fissiparous trends which has hampered the growth of the Indian nation in different periods of its history.

The factual truth of India as one continuing rich cultural civilisation and geography comprising of multi-ethnic & linguistic regions existing prior & post independence needs to be studied more in-depth as National priority Research and awareness project undertaken by Govt of India.

The Indian nationalist view from times immemorial – India is a classic civilisation state and Bharat Mata, is mystically transcending the narrow legal definitions of European theorists of what constitutes as the modern nation-state.

Its said almost whole of modern day Indian sub-continent is historically considered as essentially one common Civilization, Geography & People but belonging to multiple linguistic and ethnic communities for many thousands of Years.

Its also known fact as with all ancient civilisations the Indian Civilisation too has had both the Good and bad history but owing mainly to long British Colonial historical background and its unfortunate legacy drag on post-independent India’s understanding of its own History and Culture, the bad history has been more prominently portrayed than the Good history of Rich Cultural wisdom & Religious tolerance, vast geographic spread, Ancient Indian knowledge and antiquity etc ……

Surely there is more to Indian history than just mere foreign Invasions & gory tales of Blunders, Plunders and Surrenders as mentioned in such eloquent detail in all History Textbooks across India even till today !!!!

Its all very well to say India survived a 1000 years of Invasions & Plunders by Foreign rulers but a pertinent counter to all Post independence born Indians to themselves must be:

Is merely surviving onslaughts enough doesn’t India need to grow as a modern United Nation, Society in the 21st Century ????

Is it enough for Indians to just take pride from fact that India’s cultural & moral fabric has shown immense resilience to survive repeated Onslaughts as the oldest continuing civilisation and never collapse ???

Is India always destined to be tested for its resolve to survive invasions & cultural assaults from within and outside in every millennium ???

So when does India learn the right bitter lessons from its own history and take appropriate corrective measures so as not to keep repeating the same mistakes and compromising its Unity and development as a modern Nation State ???

To quote a poem written by the 18th Century Sufi Saint Bulle Shah “Bulla Ki Jaana Mein Kaun“ featuring different faces of India with lyrics Bulla ! I know not who am ???

Is it therefore not important for citizens of an ancient Civilisation State like India to develop its own common national identity to successfully integrate into a modern united prosperous Nation State ???

India truly needs a reinvented Secularism 2.0 rooted in the clear separation of religion and state. Though difficult, its time to accept Post Independent India’s ambitious experiment with freedom of religion has failed and an insipid poorly defined brand of secularism, based on States’ active engagement amid stated religious neutrality, has led to the appeasement of a few, but empowers none and brings injustice for all. Instead of uniting our society, it has fomented fragmentation and alienation among our diverse religious communities. It now puts the country at risk of losing its tolerant and pluralistic democracy. India today needs a new clear definition of Secularism, one based on freedom of religion, equality before the law, and separation of religion and state, only then can it also effectively implement a Uniform Civil Code in India.

Religion is a personal matter, in which politicians, legislators, and bureaucrats do not belong. Its widely believed the current variety of insipid secularism has only led to abuse by politicians, violence on Streets, and unending search for justice in our courts. It is time for India to lead a league of great modern nations which adopts true secularism of peace and harmony among its citizenry with clearly defined State Policy guidelines to prevent Political Parties & Individual Politicians practise Religious & Caste based identity Politics in India for narrow Political gains.

India must find ways to prevent Religious discourses from dictating its National Politics as it has been a deadly cocktail creating bottlenecks in its quest for socially inclusive economic growth as a modern but ancient Civilisation State and the only possible way forward to achieve a true lasting Unity amongst the diversity is by reinforcing the common Cultural bonding of the Sindhu-Saraswati Civilisation, its people & its ancient geography known in modern times as the Indian subcontinent.

Following subjects must be researched as National Priority Projects of Cultural Unity importance and not merely dismissed as ” Right Wing or Left Wing propaganda”.

Ancient Vedic Knowledge Texts, Science & its relevance in Modern Times. An India Pride project to track and reinstate India’s Vedic Heritage & Traditions, geographic influence, Science, Mathematics & Astronomy in the Vedic era. To understand the massive compilation of Vedas was only possible through a powerful and sophisticated Civilisation of already considerable antiquity at the time it was composed and no other tradition of spiritual knowledge is as vast at its origin or as enduring through history.

As per ancient Indian scriptures, Vedic knowledge remains at the cutting edge of Global Science, Medicine and spirituality transcends time and contains a mapping of all forces in the Universe and in the human psyche since time immemorial. It is high time to reassess the dating of Vedas and other Vedic texts as its very essential for India’s national identity so the concerned authorities can accept the chronology based upon astronomical tools and supported by archaeological evidence in the education system. The Vedic history needs correction and chronology needs to be fixed in a scientifically proven manner.

Ancient India’s inventions and discoveries that have shaped the modern World as it is today.

A deeper understanding of Bhagavad Gita from the context of conflicts in modern life & how to gradually solve them.

The Indian subcontinent is the birthplace of four of the world’s major religions; namely Hinduism, Buddhism, Jainism and Sikhism.

A deeper understanding of Yoga as the science of restoration of collective consciousness.

India’s ancient Science of Vastu and its help in modern new building structures that will be protected from Natural calamities.

Sanskrit as the most Scientific, Ancient and Spiritual root language & Ancient Indian system of Meditation and chanting Sanskrit Hymns and their scientifically proven benefits for improving the Cognitive intelligence in Humans.

Ancient texts of Kautilya Arthasashtra as a treatise on Statecraft, economic policy and military strategy & its relevance for present-day modern India.

India’s most famous Music Styles as an integral part of the Indian culture or social-religious life as its true that India is rich in terms of musical heritage as well as artistic musicians.

Truth and Reconciliation Commission tasked with discovering & revealing past wrongdoings by elected governments, State & Non-State Actors to help resolve festering Political Conflicts from continuing over from the past thus allowing old wounds to naturally heal over time. The Commission must also assist to begin immediate reconciliation and truth-telling by sharing complete factual History of the advent of Islam, its expansion and influence in Indian subcontinent in all aspects from Arts & Music to way of life prior to Independence of India from the British, the British Imperial gameplan leading to Partition of Indian subcontinent and its Socio-cultural implications on post-independent Indian subcontinent’s psyche.

A common belief among Subcontinent’s Political Historians of the single most tumultuous event which has completely torn apart South Asia’s Peace, stalled its Economic growth & created biased historical distortions of its own Cultural heritage and continues to sabotage its stable economic future is the Partition of India & Pakistan and formation of Ethnically divided Nation States like Sri Lanka / B’desh / Afghanistan / Bhutan / Burma & Nepal as part of the Imperialist geopolitical Games skillfully played by erstwhile Colonial era Masters – The British in the Indian subcontinent.

The clear bitter history lessons from the partition of India & Pakistan and the subsequent violent creation of Bangladesh is that such simmering undercurrents & frictions in Society can potentially explode over time !!!!

With a projected growth rate of 7.5 per cent, the South Asian region has all it takes to be the next bright spot in the global economy and the potential can increase manifolds if the nations forego their historical and geopolitical differences and present a collective front to emerge as an integrated economic powerhouse but the region remains diverse mainly due to political uncertainty caused by religious differences and resultant security concerns.

It’s a travesty of sorts that in spite of such deep-rooted Cultural affinities between countries of South Asia, the largest country in the region ie India been largely unable to bring forth a Cultural bonding which could pave the way for stable economic co-operation and lead to a reduction in diplomatic tensions in South Asia.

The Indian subcontinent is the birthplace of four of the world’s major religions; namely Hinduism, Buddhism, Jainism and Sikhism. Throughout India’s history, religion has been a peaceful part of the country’s Culture and therefore it must hold annually an “ Parliament of World’s Religions “ as a modern Secular Country which has over a period of centuries accepted, assimilated and absorbed various religious practices from all over the World into its society. 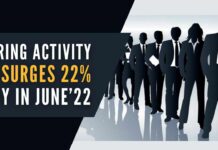