My feminist friend insists this is true, and the proof is the lower intelligence level of men and the mess they have made of this planet. She received unexpected support for her argument from a news item that appeared in this columnist’s inbox.

A giant put on a ski-mask and robbed a local store, forgetting that he was twice the height of many other residents of the neighborhood. The sister of Damon Matthews, who is well over 7ft (2 metres) tall, made him give himself up, explaining that a mask was irrelevant in his case. This crime report from the US state of Michigan was sent to me by reader Au Ming-yuen, who commented: “This is proof that men have no concept of what they look like.”

It reminded me of an incident in Japan when a fugitive tried to blend into the crowd by disguising himself as a schoolgirl in a sailor-suit uniform, forgetting that he was a) huge and b) bearded.

Au says that you can tell that men don’t have any notion of their self-image by the number you meet with comb-overs-hair brushed over their bald patches. My Japanese friends call those guys barcodes (bakodo), because their heads have stripes. The next time I see a bakodo in the supermarket, I am going to zap him with a barcode reader and see what the little screen says. Probably something like: “Middle Aged Balding Dude, free with any two full-price purchases.”

I recall a historian once telling me that the comb-over was invented by emperor Constantine, who went totally un-criticized for it, probably because he murdered people at will. So basically, guys, it’s absolutely fine to have a comb-over but only if your job description includes the authority to mete out instant death. This limits the style to despots, royals and certain Filipino politicians.

[dropcap color=”#008040″ boxed=”yes” boxed_radius=”10px” class=”” id=””]P[/dropcap]ossible further evidence of the male inability to know what he looks like comes from the existence of men in Speedos. It is a scientific fact that nobody looks good in Speedos. Self-respecting store mannequins refuse to wear them, and most of them are in pretty decent shape.

My doctor friend tells me that the official name for not knowing what you look like is body dysmorphic disorder. Doctor: “In practice, a person tends to be diagnosed with it only if convinced that he or she is hideously unattractive.” Me: “What if the person actually IS hideously unattractive?” Doctor: “You’re not THAT bad seen in a dim light.” Har har har.

This fits perfectly the current scientific belief that high intelligence is an evolutionary disadvantage, while stupidity rules. This is good news for me. In fact, I think I might get out my Speedos and head to the pool. 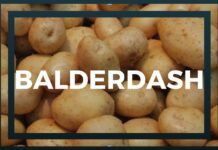