When he ran for president, Bill Clinton said he’d bar companies from deducting executive pay above $1 million. Once elected, he asked his economic advisors (among them, yours truly) to put the measure into his first budget.

Now that Wall Street is no longer restrained by the terms of the bailout, it’s back issuing stock options with a vengeance.

My colleagues weren’t exactly enthusiastic about the new president’s campaign promise. “Maybe there’s some way we can do this without actually limiting executive pay,” one said.

“Look, we’re not limiting executive pay,” I argued. “Companies could still pay their executives whatever they wanted to pay them. We’re just saying society shouldn’t subsidize through the tax code any pay over a million bucks.”

“Why not require that pay over a million dollars be linked to company performance?” said another. “Executives have to receive it in shares of stock or stock options, that sort of thing. If no linkage, no deduction.”

“Good idea,” a third chimed in. “It’s consistent with what the President promised, and it won’t create flak in the business community.”

“But,” I objected, “we’re not just talking about shareholders. The pay gap is widening in this country, and it affects everybody.”

“Look, Bob,” said the first one. “We shouldn’t do social engineering through the tax code And there’s no reason to declare class warfare. I think we’ve arrived at a good compromise. I propose that we recommend it to the President.”

The vote was four to one. The measure became section 162(m) of the IRS tax code. It was supposed to cap executive pay. But it just shifted executive pay from salaries to stock options.

After that, not surprisingly, stock options soared – becoming by far the largest portion of CEO pay.

[dropcap color=”#008040″ boxed=”yes” boxed_radius=”8px” class=”” id=””]W[/dropcap]hen Bill Clinton first proposed his plan, compensation for CEOs at America’s 350 largest corporations averaged $4.9 million. By the end of the Clinton administration, it had ballooned to $20.3 million. Since then, it’s gone into the stratosphere.

And because corporations can deduct all this from their corporate income taxes, you and I and other taxpayers have been subsidizing this growing bonanza.

Hillary Clinton understands this. “When you see that you’ve got CEO’s making 300 times what the average worker’s making you know the deck is stacked in favor of those at the top,” she’s saidin her presidential campaign.

“Many stock-heavy pay packages have created a perverse incentive for executives to seek the big payouts that could come from a temporary rise in share price,” she said in July. “And we ended up encouraging some of the same short-term thinking we meant to discourage.”

Yes, we did. Specifically, her husband and his economic team did.

[dropcap color=”#008040″ boxed=”yes” boxed_radius=”8px” class=”” id=””]C[/dropcap]ase in point: In 2014, pharmaceutical company Mylan put in place a one-time stock grant worth as much as $82 million to the company’s top five executives if Mylan’s earnings and stock price met certain goals by the end of 2018.

But the executives would get nothing if the company – whose star product is the EpiPen allergy treatment – failed to meet the target. Almost immediately, Mylan began stepping up the pace of EpiPen price increases. The price of an EpiPen two-back doubled to $600 – a move Hillary Clinton has rightfully called “outrageous.”

Stock options doled out to Wall Street executives in the early 2000s didn’t exactly encourage good behavior, either. They contributed to the near meltdown of the Street and a taxpayer-funded bailout.

Now that Wall Street is no longer restrained by the terms of the bailout, it’s back issuing stock options with a vengeance.

According to a recent report from the Institute for Policy Studies, the top 20 banks paid their executives over $2 billion in performance bonuses between 2012 and 2015. That translates into a taxpayer subsidy of $1.7 million per executive per year.

Hillary Clinton has proposed penalizing pharmaceutical companies like Mylan that suddenly jack up the prices of crucial drugs. And she’s promised to go after big banks that make excessively risky bets.

These are useful steps. But she should also consider a more basic measure, which would better align executive incentives with what’s good for the public.

It’s doing what her husband pledged to do in 1992, if elected president – but which his economic advisors then sabotaged: Bar corporations from deducting all executive pay in excess of $1 million. Period. 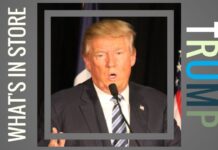 Are Roys the benami owners of NDTV? Is Reliance Industries in...