The Tirupati Temple Board decided to audit its accounts and assets by the Comptroller and Auditor General (CAG) of India. The Tirumala Tirupati Devasthanam (TTD) Board in its recent resolution said the decision for the external audit by CAG was taken due to a lot of criticism from the public in the Social Media and the main demand in the Public Interest Litigation (PIL) filed by BJP leader Subramanian Swamy and on the suggestion of Public Accounts Committee of the Andhra Assembly.

At present, the TTD is subject to the Special Audit and Internal Audit of the State Government machinery from 1961 onwards. Reacting to the Board’s decision to CAG audit, Subramanian Swamy said:

The CAG audit will cover all the revenue, expenditure, assets including jewelry and properties of the Tirupati Temple. Swamy and his law associate Satya Paul Sabharwal had filed a PIL in the Andhra Pradesh High Court demanding the de-control of the State from the temple affairs. The petition pointed out the demand for the CAG audit also.

“The Board has reviewed the Accounting and Audit systems in TTD keeping in view the criticism being made in social and mainstream media from time to time regarding various types of expenditure incurred and the need to improve the confidence of the pilgrims and donors in the systems adopted by the Board. Further, the Writ Petition (PIL) No.325 of 2018 filed by Dr. Subramanian Swamy, M.P. (Rajya Sabha) and Sri Satya Paul Sabharwal on the file of Hon’ble High Court of Andhra Pradesh praying for certain directions to the respondents on the regulation and upkeep of temples and preservation and management of its valuables etc. The petitioners further filed Direction Petitions in l.A./1/2018 and l.A./1/2019 and prayed for grant of interim injunction directing the respondents to cause an external audit of accounts, utilization of funds and properties including jewelry and to get these audits completed within six months and that the auditors may be directed to present an interim audit report, etc.

“By taking into consideration the spirit of criticism in the matter and the need to instill full faith of the pilgrims and donors in the accounting and audit systems of TTD, it is hereby resolved that in lieu of the Statutory Audit hitherto being conducted by the State Audit Department, the Government may be requested to entrust the audit of TTD to the C&AG from 2O2O-2O21 onwards. Since the audit for the years 2014-2015 to 2019-2020 has already been completed by the State Audit Department, it is further resolved to address the Government to request C&AG to undertake a Special Audit from 2014-2015 to 2019-2020 also and furnish its report within six months. Necessary proposals in this regard may be sent to the State Government. The resolution of the Board shall also be intimated to the HHC by filing an appropriate affidavit in the matter,” said the Resolution passed by the Temple Board. 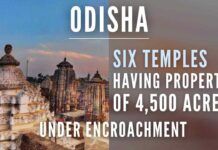 Natural resources under the lens of the CAG, To be audited soon