Restored after an hour. This is the second time it has been hacked

The personal Twitter handle of Prime Minister Narendra Modi was briefly hacked during the early hours of Sunday the 12th of December, 2021. The hacking happened around 2:11 am by posting that Government has approved Bitcoins and within an hour the account was restored by deleting the post by the hackers. This is the second time Modi’s Twitter handle was hacked after September 2020. That time also hackers posted for paying to PM Relief Fund through crypto currency.

Earlier hackers posted a tweet at PM’s personal account with a link to Bitcoins purchase. “India has officially adopted Bitcoin as legal tender. The government has officially bought 500 BTC and is distributing them to all residents of the country. Hurry up,” said the hackers by giving a link to a blog on Bitcoin and added that “The future has come today!”. According to officials, the Ministry of Electronics and Information Technology’s Indian Computer Emergency Response Team (CERT-IN) is on the job and is trying to identify the source of the hacking incident. Responding to the development, Twitter said they are in 24×7 communications with the PM’s Office and took the necessary steps. “We have 24×7 open lines of communication with the PM’s Office and our teams took necessary steps to secure the compromised account a soon as we became aware of this activity. Our investigation has revealed that there are no signs of any other impacted accounts at this time,” said Twitter in a statement.

Earlier in September 2020, PM’s personal website’s Twitter handle was also hacked by posting messages of crypto currency. “I appeal to you all to donate generously to PM National Relief Fund for COVID-19. Now India begins with crypto currency, Kindly Donate eth,” by providing link for donation.

Minutes later, another tweet was posted, saying, “Yes this account is hacked by John Wick (hckindia@tutanota.com), We have not hacked Paytm Mall.” The officials say both hackings happened from outside servers. 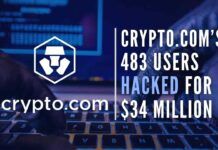