Amid increasing anti-trade rhetoric in the current U.S. presidential campaign, the United States has challenged China at the World Trade Organization (WTO) over its export duties on nine key raw materials.

[dropcap color=”#008040″ boxed=”yes” boxed_radius=”8px” class=”” id=””]T[/dropcap]he Office of the U.S. Trade Representative (USTR) claimed on Wednesday in a statement that these duties ranging from 5 to 20 percent ad valorem create “an uneven playing field” for U.S. manufacturers.

The statement said the nine raw materials are antimony, cobalt, copper, graphite, lead, magnesia, talc, tantalum and tin. They are used in industrial sectors such as aerospace, automotive, electronics and chemicals.

The trade enforcement case, the 13th that the Obama administration has launched against China at the WTO, comes at a time of increasing anti-trade rhetoric in the current U.S. presidential campaign.

The Obama administration wants to demonstrate a tough stance on enforcing trade agreements in an attempt to draw support from lawmakers to ratify the Trans-Pacific Partnership trade agreement, a top legislative priority for President Barack Obama this year.

But U.S. Senate Majority Leader Mitch McConnell said Tuesday that the chances are “pretty slim” that the TPP will get a vote in Congress this year, as both the Democratic and Republican presidential candidates are against it. 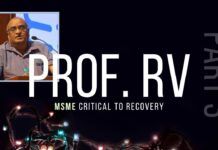 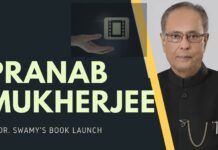 Stock market bull run will continue only if lessons from Bihar...