U.S. Congress on Friday released a long-classified document that offered specific details of possible ties between Saudi governments and some suspects of the 9/11 terrorist attacks.

[dropcap color=”#008040″ boxed=”yes” boxed_radius=”8px” class=”” id=””]U[/dropcap].S. authorities had for long stressed that the 28-page document, whose contents were not being independently checked when compiled, was a summary of information for further investigation rather than a verified conclusion.

The 28-page lightly redacted document, a section from a 838-page congressional inquiry report on the attacks released in 2002, detailed alleged links and contacts between some of the 9/11 hijackers and Saudis while they were in the United States.

“While in the United States, some of the September 11 hijackers were in contact with, and received support or assistance from, individuals who may be connected to the Saudi Government,” the newly disclassified document said.

“There is information, primarily from FBI sources, that at least two of those individuals were alleged by some to be Saudi Intelligence officers,” said the document, before acknowledging that neither CIA and FBI witnesses “were able to identify definitively the extent to which such support, if it exists, is knowing or inadvertent in nature.”

“It will confirm what we have been saying for quite some time,” said Earnest here at the daily briefing. “No evidence that the Saudi government as an institution or senior Saudi officials individually funded al Qaida,” said Earnest.

“Since 2002, the 9/11 Commission and several government agencies, including the CIA and the FBI, have investigated the contents of the ’28 Pages’ and have confirmed that neither the Saudi government, nor senior Saudi officials, nor any person acting on behalf of the Saudi government provided any support or encouragement for these attacks,” said Abdullah al-Saud, Saudi Arabia’s ambassador to the United States, in a statement. 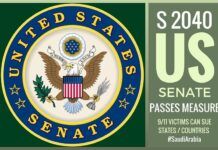 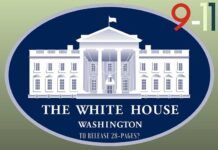 Missing 28 pages on Saudi involvement in 9/11 to be released by White House?

#Brexit will be costly for the British: Survey