For supporters of Bernie Sanders, Monday was their last hope for the champion of a “political revolution” to win the Democratic Party’s presidential nomination.

“[dropcap color=”#008040″ boxed=”yes” boxed_radius=”8px” class=”” id=””]M[/dropcap]y message is I am begging superdelegates to change their minds,” Gina Robinson Ungar, a delegate from the state of Indiana, told Xinhua at the Wells Fargo Center in Philadelphia where Democrats began their national convention with a struggle to fully unite behind Hillary Clinton.

“The superdelegates still can turn this around if they make a wise choice. The superdelegates need to know how unpopular Hillary is in part of the country,” said the dairy owner from Evansville city, who wore a black Bernie T-Shirt and a green hat.

She was referring to the party officials and “bigshots” who make up about one-sixth of the delegates in the Democratic Party’s system and are free to support any candidate for the presidential nomination at the party’s national convention.

[dropcap color=”#008040″ boxed=”yes” boxed_radius=”8px” class=”” id=””]S[/dropcap]anders’ supporters have long complained that the use of superdelegates and other ways in the primary nomination process favored Clinton, who is poised to clinch the Democratic nomination on Tuesday night.

Adding to their anger was that the nearly 20,000 Wikileaks leaked emails on Friday showed that top Democratic National Committee (DNC) officials who were supposed to remain neutral during the primary contest grew increasingly agitated with Sanders and his campaign. They even floated ideas to sabotage his candidacy.

With signature calls for free college tuition for all, universal healthcare and a hike of the federal minimum wage to 15 U.S. dollars per hour, Sanders has galvanized millions of Democrats throughout his hard-fought primary campaign with Clinton.

As the primary settled its dust, Ungar said she found after talking to hundreds of voters that two voting groups — independents and Christian conservatives — still do not trust and will not vote for Clinton in the face-off against the Republican presidential nominee Donald Trump.

“I think Bernie Sanders is the best chance we have,” said Ungar, who was visibly emotional.

“[dropcap color=”#008040″ boxed=”yes” boxed_radius=”8px” class=”” id=””]T[/dropcap]oday they have not nominated her yet, so we are trying to talk loudly, clearly and talk to everybody we can to say ‘please don’t make this mistake,'” she said, trying hard to gulp down a sob.

Standing at Ungar’s side, Indiana delegate Jeanne Smith was also eager to have her voice heard.

“Bernie supporters are not at all surprised that the emails existed. I mean we assumed that,” said Smith, a 64-year-old transgender woman who calls herself a lifelong progressive.

“I think it’s going to be much harder for Bernie supporters to come around and support Hillary and I think that’s the reason why people are so angry. It just reinforces the anger of the people that support Bernie,” she said.

“I’m a little bit more concerned about Trump than the lot of Bernie supporters. I think it is making it a lot more likely that Trump is going to be the president,” she said.

Like the two Indiana delegates, many delegates inside the fully packed convention center of 20,000 seats were wearing Bernie badges. When a reverend mentioned Clinton’s name while leading the opening prayer for the convention, a wave of cheers and applause was soon replaced by a loud and persistent chant of “Bernie, Bernie, Bernie.”

Though Sanders’ full-throated endorsement of Clinton’s candidacy brought the crowd to its feet with scattered boos, it is still an open question whether the party will heal the lingering primary wounds and rally around Hillary.

When asked whether he would vote for Clinton in the Nov. 8 election, New York delegate Steven Abreu said he didn’t know yet.

“It is still 100 days from the election,” he said, almost drowned out by chanting of “Bernie, Bernie” at the end of the night. 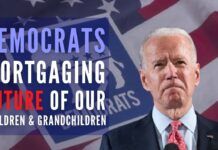 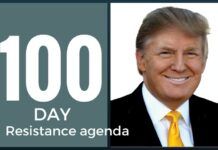