India has aptly condemned the report of the Office of the United Nations High Commissioner for Human Rights (OHCHR) as “fallacious, tendentious and motivated.” Equally apt has been New Delhi’s criticism of UN High Commissioner for Human Rights Zeid Ra’ad Al Hussein for his called to set up an international investigation into the alleged excesses in Kashmir.

Ministry of External Affairs official spokesperson Ravish Kumar rightly questioned the “intent” of the report: “Our protest and views in the matter have been conveyed unequivocally to the Office of the High Commissioner for Human Rights. We are deeply concerned that individual prejudices are being allowed to undermine the credibility of a UN institution.”

Kumar hit the nail on the head, for Zeid Ra’ad Al Hussein is deeply prejudiced against India. In September last year, Hussein had slammed India for the deporting Rohingyas. The recent 49-page report of the UN High Commission is also focused on the “situation of human rights in the Indian state of Jammu and Kashmir from July 2016 to April 2018 over which period allegations of widespread and serious human rights violations were received, notably excessive use of force by Indian security forces that led to numerous civilian casualties.”

The report is obviously mischievous. It says, “On 8 July 2016, Burhan Wani, the 22-year-old leader of the Hizbul Mujahidin, an armed group, was killed by Indian security forces during an armed clash in Bumdoora village in Kokernag area in the Indian state of Jammu and Kashmir.”

Notice the abuse of language. The UN report accepts Wani to be a leader of the Hizbul Mujahidin, but refuses to call it a jihadist outfit; it is just “an armed group.” One of the largest terrorist organizations in Jammu & Kashmir, Hizbul Mujahidin stands for the integration of the state with Pakistan and Islamization. It has links with the notorious ISI and transnational jihadist outfits. Yet, for the UN Human Rights Council it’s just an armed group.

In fact, if somebody unfamiliar with the Kashmir situation reads this report, they would come to believe that there has never been any jihad in the state. It says that “since the late 1980s, a variety of armed groups has been actively operating in the Indian state of Jammu and Kashmir.” The report does mention that “there has been documented evidence of these groups committing a wide range of human rights abuses, including kidnappings and killings of civilians and sexual violence.”

Yet, the tone and tenor of the report is anti-India. This is the reason that Pakistan has endorsed the report. Its foreign office said, “The report by Office of the High Commissioner for Human Rights (OCHCR) clearly stipulates that its main focus is on the Indian Occupied Jammu & Kashmir. The contents, scale and the narrative of killings, maiming, abuse and impunity articulated in the report is a reaffirmation of what Pakistan has long highlighted for the international community.”

It talks about an urgent need to address past and ongoing human rights violations. By whom? Pakistan and its Islamist privateers, or India, or all of them? By Pakistan and jihadists are aggressors and India is defending its land and citizens against them

Evidently, Pakistan has downplayed the negative remarks about its own human rights violations in the part of Kashmir under its occupation. The UN report mentions discrimination against the religious Ahmadiyya minority and the imposition of the draconian anti-blasphemy laws.

By way of recommendations, the report offers homilies which reek of triteness and moral equivalence: “There remains an urgent need to address past and ongoing human rights violations and to deliver justice for all people in Kashmir who have been suffering seven decades of conflict. Any resolution to the political situation in Kashmir should entail a commitment to ending the cycles of violence and accountability for past and current human rights violations and abuses committed by all parties and redress for victims. Such a resolution can only be brought about by meaningful dialogue that includes the people of Kashmir.”

It talks about an urgent need to address past and ongoing human rights violations. By whom? Pakistan and its Islamist privateers, or India, or all of them? By Pakistan and jihadists are aggressors and India is defending its land and citizens against them. So, the onus lies with the Pakistanis and terrorists, not Indians. But the UN report doesn’t specify this; and, by thrusting blame on all parties, it indulges in moral equivalence.

Something also should be said about UN Human Rights Commissioner Zeid Ra’ad Al Hussein, who is a Jordanian prince. I wrote earlier (https://www.pgurus.com/unhrc-chief-husseins-jekyll-hyde-personality/) about the hypocrisy of Hussein’s. For his own country is not exactly known for respect of human rights. “Instead of focusing on socio-religious reforms in his country, however, Hussein enjoys castigating democracies and their leaders—especially the ones who are mindful of the threats emerging from radical Islam, the leaders like Donald Trump in the US and Geert Wilders in Europe.”

It is good to notice that India has not only condemned the UN report but also underlined Hussein’s prejudices. 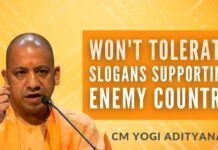 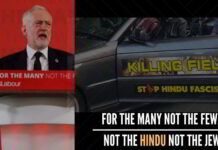 For the many not the few, not the Hindu not the Jew