The Lalitpur police have filed a charge sheet against former district presidents of the Samajwadi Party (SP) and the Bahujan Samaj (BSP), among others, in connection with the alleged gangrape of a 17-year-old girl.

Earlier, FIR was filed against 28 people, including her father, uncles, and cousins for allegedly raping her for over four years.

The teenager had registered a police complaint in October last year, alleging that she had been sexually assaulted for over four years. Her father, who used to run a transport business, is among 10 family members booked for the alleged crime.

A senior police officer said, “On the basis of the evidence collected, we filed a charge sheet recently against 19 persons, including the girl’s father and local political leaders. Except for two accused, 17 persons are lodged in jail.”

The police said the teenager came to the police station along with her mother on October 12 to file the complaint. According to the police, she alleged that her father raped her when she was 14 years old after forcibly showing her pornographic videos.

He then allegedly started taking her to different hotels and fields where multiple people raped her. This continued and she was repeatedly raped by different men on different occasions, as per the complainant. The father threatened her with dire consequences if she resented. He also threatened to kill her mother if she told anybody about the assault, said the victim in her complaint. 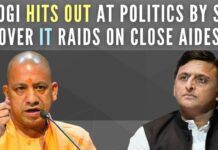