In yet another crypto hack that has come to light, a Delhi resident’s crypto currency worth Rs.30 lakh (current value Rs.4.5 crore) was fraudulently transferred to three different foreign accounts of which one belonged to Al-QassamBrigates, a military wing of the Palestinian organization, Hamas.

During the course of the investigation, the crypto currency trail led to startling facts, that the crypto currencies have ended in the wallets maintained by Al-QassamBrigates, which is a military wing of the Palestinian organization Hamas and to the wallets which have already been seized by Israel, National Bureau for counter Terror Financing.

The Deputy Commissioner of Police (IFSO, Special Cell) K P S Malhotra said, “The complainant had reported that some unknown persons had fraudulently transferred his Bitcoins, Ethereum and Bitcoin cash, worth Rs.30,85,845 at the time of the incident, from his cryptocurrency wallet.

The DCP said initially the case was registered at Paschim Vihar police station, on the orders of the local court. Later on, the investigation of the case was transferred to Cyber Crime Unit, Special Cell, Delhi.

Malhotra informed that the crypto currencies were routed through various private wallets and finally landed at the suspects’ wallets, being used and operated in Gaza, Egypt, and the military wings of Palestinian organization Hamas.

The development comes amid calls for regulation and crackdown on digital wallets, long favored by cybercriminals for laundering funds gathered via digital crimes. At present, there is currently no law in India that regulates crypto currency trading. However, trading of and setting up a crypto currency exchange is legal in India. 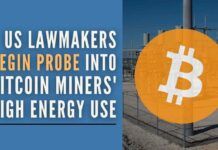 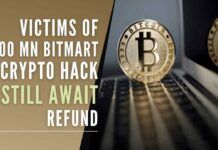