The US lawmakers across party lines on Tuesday urged President Joe Biden to meet with the Dalai Lama in a bid to ensure that Tibetans’ rights remain high on the agenda. The letters to US Under Secretary of State Uzra Zeya are the latest sign of Congress intensifying its interest in Tibet.

The Dalai Lama has been living in India since fleeing his homeland in 1959. The central Tibetan administration is based in the northern hill town of Dharamsala in Himachal Pradesh.

More than 60 members of the US Congress in new Senate and House bipartisan penned letters to the Biden administration that its presumptive Tibet Coordinator must push for a meeting between the US President and the Tibetan spiritual leader, the Dalai Lama.

They have added that the US should fully implement US laws on Tibet, end the practice of calling Tibet part of China.

Marco Rubio (R-Fla) and Patrick Leahy (D-VT) in the Senate and Jim McGovern (D-Mass) and Chris Smith (R-NJ) in the House led the letters. The broad, diverse, and bipartisan swath of signers demonstrated once again Congress’ steadfast support for His Holiness the Dalai Lama, religious freedom, and basic human rights.

“These letters provide a vital framework for the next special coordinator to address China’s oppression in Tibet while making it clear that Congress expects the Biden administration to act quickly and meaningfully to support the Tibetan people,” said Franz Matzner, Government Relations Director of the International Campaign for Tibet (ICT), an advocacy group with offices in Washington D.C. and Europe.

“At a time when Freedom House has declared Tibet the least-free country on earth alongside Syria, ICT thanks the 38 Senators and 27 Representatives who signed onto these letters and showed crucial leadership on the Tibetan issue. We look forward to working with the next Special Coordinator and encourage her to use these letters to advance US policy on Tibet.”

The letters were addressed to Uzra Zeya, the Under Secretary of State for civilian society, democracy, and human rights, ahead of her expected appointment as the Biden administration’s coordinator on Tibet.

The letters said that Zeya currently serves as Under Secretary of State for civilian security, democracy and human rights — a position that has traditionally doubled as the Special Coordinator.

The Tibetan Policy Act of 2002 mandates the appointment of the Special Coordinator.

The letters to Zeya list 10 areas where Congress and the Biden administration can work together on Tibet, including engaging with the Dalai Lama and the Central Tibetan Administration, which provides democratic governance for Tibetans in exile.

The letters suggest that President Biden invite the Dalai Lama to the Oval Office — as several of his predecessors have done — or meet with him in his exile home of India, among other options.

Resisting China’s attempts to interfere in the Dalai Lama’s succession, the Chinese government plans to appoint its own successor to the 86-year-old Tibetan spiritual leader.

But the Tibetan Policy and Support Act (TPSA) of 2020 states that only the Dalai Lama and the Tibetan Buddhist community can decide on his succession.

The letters urge the Biden administration to “work with like-minded governments to “affirm this principle as the international norm,” as the TPSA requires.

The letters call on Zeya to fully implement the Reciprocal Access to Tibet Act of 2018, which pushes for access to Tibet for US journalists, diplomats, and ordinary citizens.

The letters ask Zeya to follow through on US Secretary of State Antony Blinken‘s promise to establish a Tibet unit in the US Embassy in Beijing. They also affirm the Congress members’ interest in opening a US consulate in Lhasa, Tibet’s capital, as the TPSA encourages.

The last round of Sino-Tibetan dialogue took place over a decade ago. Since then, the Chinese government has refused further talks, insisting that the Dalai Lama first agrees to unreasonable preconditions.

The letters say, “We encourage the US government to engage earnestly with both sides, like-minded partners, and experts to explore novel strategies that could produce forward movement” on resuming talks.

In a break from past reports, the US State Department’s 2020 Country Reports on Human Rights Practices do not refer to Tibetan areas as “part of the People’s Republic of China.”

The Congress members urge the US State Department to continue excluding that phrase, both to promote dialogue without preconditions and show respect for Tibetan’s rights and history.

The letters also call for support of Tibetan political prisoners, refugees in Nepal, their language and culture, etc.

In similar letters, 38 senators and 27 House members also called on the United States to press Beijing to resume dialogue with the Dalai Lama’s representatives that last took place 12 years ago. 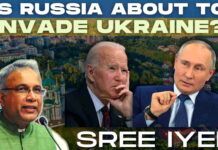 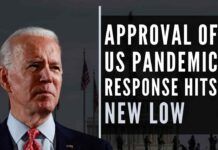 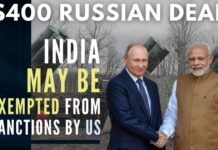 The Chicago Anti-India Dragathon and our Pushback