Tension prevailed in Gonde and adjoining villages under the limits of City Kotwali police station of Pratapgarh district in Uttar Pradesh on Tuesday morning after a pandal installed by the villagers for a special puja and yajna at the ancient Goddess Ashtabhuja Devi temple was found to be burnt.

The pandal was installed by the villagers for a special puja and yajna at the ancient Goddess Ashtabhuja Devi temple and was found completely burnt down on Tuesday. Upon being alerted, senior police and administrative officers rushed to the spot and carried out investigations.

The Pratapgarh police have issued a strict warning to social media users, appealing to them to verify posts or content before posting or facing legal action.

Circle officer (City) Abhay Pandey said, “Preliminary investigation has revealed that the fire could be the handiwork of drug addicts who possibly left burning matchsticks at the site causing the fire. However, we are carrying out detailed investigations into the matter, and action will be taken accordingly.”

However, in view of the recent communal riots in Delhi and some other places and subsequent directions regarding law and order issued by chief minister Yogi Adityanath, additional forces have been deployed in the village while senior officers were also camping there.

It has also come to light that scores of people assembled on the spot after some persons posted the incident on social media platforms without verifying the facts. 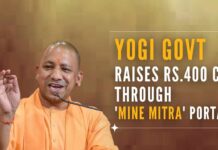 Yogi govt generates Rs.400 crore from mining through its portal ‘Mine Mitra’ 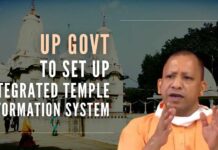