Many thanks to Sri Ramaswamy Meyyappan for reviewing the draft – Author

The Hindu personal law governs the following aspects of the Hindus personal and family spheres of life, namely marriage, succession, guardianship and adoptions.

Hinduphobia is increasingly rampant in our legal system. This statement might appear outrageous for some. But here are two specific examples of how the legal and judicial Hinduphobia is openly promoting love jihad. (Nayanaben Firozkhan Pathan vs Patel Shantaben Bhikhabhai & 4 others. 30 August 2017, Balchand Jairamdas Lalwant vs Nazneen Khalid Qureshi 6 March 2018)

No sight of uniform civil code, but Hindu personal laws under attack.

In law, each religion in India is afforded their own personal law subject to overarching constitutional requirements and provisions. The Hindu personal law governs the following aspects of the Hindus personal and family spheres of life, namely marriage, succession, guardianship and adoptions.

The Hindu Succession Act, 1956 explicitly governs the rules of inheritance amongst Hindus. Legally, the term Hindus also include Jains, Sikhs and Buddhists and that principle is reiterated by the said statute as well. In fact, the law explicitly excludes these citizens as non-Hindus: “any other person who is a Muslim, Christian, Parsi or Jew by religion”.

Does the section (2) title “Application of the Act” allow this for somebody who “was” a Hindu, either in words or spirit?

In the question of Hindu Succession Act, the section (2) titled “Application of the Act” specifically excludes who “is” not a Hindu as already stated above. On the corollary, the “application of the act” applies to one who “is” a Hindu. Obviously, when the Act comes into effect (say when a parent, grandparent or great-grandparent dies) the person(s) (legally termed as “Class I legal heirs”, “Class II legal heirs”, etc.) in consideration for eligibility to inherit or co-inherit the devolved inheritance should be of the status that he/she “is” a Hindu at that point in time.

As noted in “bold” in the above paragraph, the inheritance can devolve over to at least three generations of heirs at any given time, depending on the size and structure of the family. Of which, one of the inheritors might have got converted and become a non-Hindu, but his / her descendant(s) might have remained as Hindu(s). So the said Act has another section (26) titled “Convert’s descendants disqualified.” This section (26) is “not” titled generally / plainly as “disqualifications”, or with such general and vague terms, so as to lead to any confusion over its interpretation.

Even if section 26 of the Act were to be titled as claimed by the Hon’ble Courts, how a latter section with a limited scope (that is, a section defining only the disqualifications) be applicable to the entire legislation to the extent that it redefines an earlier section of the law, and which earlier section is there explicitly to spell out to whom all the containing statute applies along with clarifications and exceptions? Is there no difference between someone who “is” a Hindu and someone who “was” a Hindu? Such uncalled for and unnecessary constructions (not interpretations of law) in the judgments are pure verbal gymnastics to appeal to certain vested interests. Nothing more, nothing less.

In spite of the such clarity in the language of the statute, recently the Hon’ble Gujarat High Court (2017) and the Bombay High Court (2018), following on some previous precedents from other High Courts around the country (note: “not” based on any precedents of the Hon’ble Supreme Court), which they are absolutely entitled to of course, ruled that the section deals with “all” possible “disqualifications” for both the first generation inheritors and their descendants. To repeat in short, the section is titled “Convert’s descendants disqualified”, but the Hon’ble Courts read it as the section being titled as “Disqualifications”.

Additionally, would not the inheritance of the convert then enable the prohibited (“disqualified” by section 26) “descendants” of a “convert” to inherit it from the convert? Would it not be a perversion of the statute by judicial construction, while simultaneously going against natural justice? Are non-Muslims and non-Christians not eligible for any constitutional or statutory protection and for natural justice?

Not only that, but the Hon’ble Courts also ruled that though they (sons and daughters) might be “converts” they are Hindus-by-birth. Does the section (2) title “Application of the Act” allow this for somebody who “was” a Hindu, either in words or spirit? Such convoluted readings, contrary to the statute and to the decisions of the Apex Court is increasing in incidence day-by-day in a highly Hinduphobic legal atmosphere and if this trend is not resisted true equality (if any such equality exists currently) will be under threat. The Apex Court has held in Smt. Sarla Mudgal, President, Kalyani & Ors. Vs. Union of India &a Ors. that, “Marriage, inheritance, divorce, conversion are as much religious in nature and content as any other belief or faith.” The courts operate within the law of the constitution and natural justice, not outside or above it. “Justice needs to be done and must be seen to be done too”, is a popular maxim in the legal circles. It appears it can be waived off against Hindus alone.

Will the Hon’ble Courts force all the converts (out of Hinduism) to undergo a Hindu Marriage because they were Hindus-by-birth?

Treating the converts as Hindus, by hook or by crook, even after their conversion is an insult to their current religious beliefs, and can be interpreted as unconstitutional as it does not recognize their right to freedom of religion.

By the above judgments, the converts are given the benefits of both the Hindu personal law and the non-Hindu personal law thereby creating a new class of privileged citizens, which goes against the principles of equality “promised” (but not delivered?) under the constitution.

In fact, the “Application of Act” section is a verbatim copy of the Hindu Marriage Act, 1955’s section of the same title. Will the Hon’ble Courts force all the converts (out of Hinduism) to undergo a Hindu Marriage because they were Hindus-by-birth? The Hindu Marriage Act grants a divorce on the grounds of conversion of a spouse alone, “has ceased to be a Hindu by conversion to another religion”, under Section 13(ii) of the Act. The intention of the legislature and the language of the legislation cannot be more clear.

Parallels can as well be drawn from the concept of civil death in the case of a Hindu taking up Sanyas, where the Hon’ble Supreme Court held that “Entrance to a religious order is tantamount to civil death so as to cause a complete severance of his connection with his relations, as well as with his property. Neither he nor his natural relatives can succeed to each other’s properties.” (Sri Krishna Singh Vs. Mathura Ahir & Ors. 1979) Conversion out of Hinduism is thus akin to civil death. 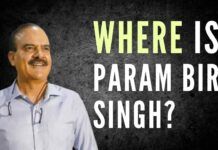 Where is Param Bir Singh? Maharashtra Govt tells HC that not traceable. But his Advocate says he is responding. Centre acts like Mute Spectator 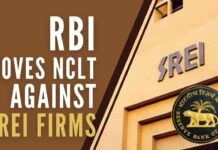