We are a country with many castes, creeds, religions, languages and cultures. Yet we are bound by the concept of one nation

From the last few months and until next year’s general elections, we are going to see a lot of false messages in social media. Every day I receive at least 20 to 30 messages especially from Christian and Muslim friends against Modi. They are not bothered about the fragile situation of India and that it tarnishes the image of India.

Their attitude is that, even if our country goes to dogs, they will target Modi.  We get stuck in this garbage and truth is lost.

Now they are trying to project BJP guys as rapists but they are not understanding the wrong message that’s being sent out to rest of world in name of targeting Modi.

As per the first-hand information from intelligence agencies, all this is being done by Islamic terrorists and Christian missionaries who are very active on social media. They are creating enmity between religion, castes, and states as well.

Nothing is going to change. We can discuss, debate and dissent not with hate but to increase our knowledge

In the next few months, we are going to see huge student protests against Modi, and these are already planned. We have to think about where this anti-Hindu phobia was created and Hindus are made to look like rapists. Suddenly a situation is created as if entire India is in the problem. It will harm the country and let us not be part of it.

Those who do not like BJP, they have a chance to defeat them in next election. Comment on Modi, but not against our religion. Nothing is going to happen to our religion which has withstood many invasions…

But when anti-nationals create false messages which are harmful to the country creating a war like situation, we should not get carried away by these sort of posts. Let us be cautious …

Modi might be liked by some, hated by some. It’s one’s own personal wish. Don’t try to give an impression that if Modi goes away rapes are going to stop in India, Cauvery is going to flow fully in Tamilnadu and so on…

Nothing is going to change. We can discuss, debate and dissent not with hate but with reason, to enhance our knowledge.

I have not written this against anyone’s post but we as educated persons should be extra cautious.

We are a country with many castes, creed, religion, languages and cultures. Yet we are bound by the concept of one nation.

This country will be truly secular till the majority are Hindus. The day Hindus become the minority the word secular can be forgotten and I feel proud in saying that as well… 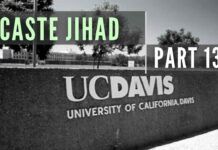 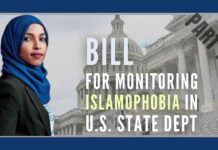