[dropcap color=”#008040″ boxed=”yes” boxed_radius=”8px” class=”” id=””]P[/dropcap]erhaps one of the most talked about item in the business channels and publications is the date on which the Fed will raise interest rates. Every good economic news is greeted with the forecast (from some wannabe-prescient pundits) that the rates will go up – by the way, they can be raised on any day of the year – it is just that FOMC (Federal Open Market Committee) meetings are the time when a formal call is taken and a reason given for the decision. Let us look at some of the factors that could be keeping the Fed from raising rates:

It would be a miracle if the US holds away from doing another Quantitative Easing because there are just no levers left to move. 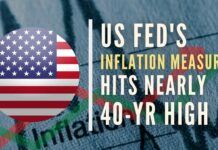 The PetroImpact – Why is this important