The new Windows 11 is out now

According to the company, Windows 11 features powerful new experiences whether users are working on a school project, collaborating on a presentation for work, building a new app, or creating their own next big idea.

Rajiv Sodhi, the Chief Operating Officer, Microsoft India, spoke about the product. He said, “Windows 11 will provide users a sense of calm and openness while keeping everything that they do secure. We are pleased to bring the new Windows 11 to India.” He further added that with Windows 11, they re-imagined the entire user experience to bring the user closer to what they love, inspire and empower them to produce and create.

Microsoft has already stated the basic requirements for running Windows 11 on a PC. It will need a processor that has two or more cores and a clock speed of 1GHz or higher along with 4GB RAM and at least 64GB storage. Windows 11 will also officially support Intel Core X-series, Xeon W-series, and the Intel Core 7820HQ.

On the other hand, if you are a gamer, Windows 11 has Virtualization Based System (VBS) and can decline the performance of your system as per few reports. This can be of concern on newer, pre-built PCs shipping with Windows 11. Older PCs upgrading from Windows 10 Home and Windows 10 Pro could have VBS disabled by default.

Even if you are not a gamer, and you use Windows 10, you might want to wait before installing Windows 11. Windows 10 is well supported by security updates.

After you upgrade, you’ll only have 10 days to revert back to Windows 10. Microsoft is supporting Windows 10 through 2025, but you’ll need to do a clean install (erase all your data) after that 10-day downgrade window.

There are some changes that you need to know about if you plan to upgrade. Windows 11 removes some features from Windows 10.

You can no longer sync your desktop wallpaper, Internet Explorer and the Math Input panel are gone, and a few apps are also removed. Those apps are 3D viewer, OneNote for Windows 10, Paint 3D, and Skype. You can still find those in the store, though. 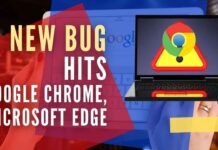 By June 2016, Mobile internet users in India would have crossed...