Four more settlements in Syria have joined the ceasefire over the past 24 hours, bringing the total number of the inhabited areas signing the truce agreements to 360, the Russian Defense Ministry said in a document Sunday.

[dropcap color=”#008040″ boxed=”yes” boxed_radius=”8px” class=”” id=””]A[/dropcap]ccording to the document, negotiations on joining ceasefire regime in Syria have been continued with field commanders of armed opposition detachments in the provinces of Rif-Dimashq, Daraa and Homs.

While noting the ceasefire has been observed in most provinces of Syria, the Russian center for the reconciliation of opposing sides in Syria also registered eight violations of the ceasefire regime, including six in the Damascus province and one in the Latakia province over the last 24 hours.

“Groupings of al-Nusra and IS international terrorist organizations do not stop making attempts to break the ceasefire regime,” the document said.

The ceasefire regime in brokered by the United States and Russia came into force on Feb. 27, and was supported by the Syrian government as well as dozens of the opposition group. 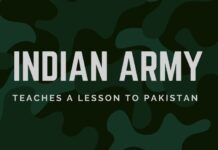 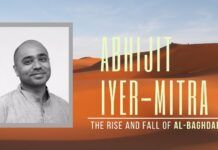 Abhijit Iyer-Mitra on the Rise and Fall of Al-Baghdadi