The Reserve Bank of India (RBI) says in a report that almost 99% of the banned cash is back in the system! This dashes the hopes of the RBI (and the Government) in hoping for a windfall from extinguishing trillions of rupees worth demonetized currency (read Black Money). RBI was hoping for a much smaller percentage of the money to come back into the banks. If that had happened, then essentially it would have reduced the money supply and thus eliminated a hefty chunk of Black Money.

So what was demonetization all about? A cruel joke on the nation? Thousands of crores were spent on printing new notes and distributing them. Millions of people were put to huge hardships. The tall claims of the government have been exposed by the RBI statistics. The simple-looking bank manager in a bush shirt has made a perfect nonsense of Modi’s grandiose scheme by quietly helping those with black money to convert it into new notes.

The bureaucrats have proved that they are more powerful than the PM. But, instead of cracking the whip on the babus Modi is diluting the Prevention of Corruption Act, Whistle blowers Act and other anti-corruption laws. In Chandigarh, an Enforcement Directorate (ED) officer fighting the narcotics mafia was summarily transferred to Bengaluru. A Public Interest Litigation (PIL) had to be filed to stay the transfer. There may be a silver lining in this episode… The ED officer Niranjan Singh, who is investigating the multi-crore Bhola drug racket, has been promoted from Assistant Director to Deputy Director. With this, he is now the agency’s number two officer in Punjab and his promotion has again triggered speculations about his transfer, going by the tradition of the agency. Was this a kick upstairs to get him out of the way? Only time will tell. 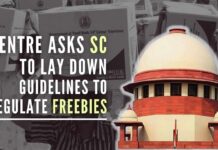 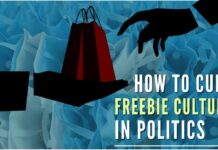