[dropcap color=”#008040″ boxed=”yes” boxed_radius=”8px” class=”” id=””]S[/dropcap]itaram Yechury, in his new avataar as the CPI-M general secretary, may face a piquant situation in the forthcoming plenum of his party in Kolkata as a sizable section of the West Bengal unit is likely to press for electoral adjustments with the Congress in the coming state assembly election, a move which is certain to be opposed by the Kerala unit.

If accepted as a tactical line, it will mean a nullification of the decision arrived at in the last Communist Party of India-Marxist (CPI-M) Congress for maintaining equidistance from the Congress and the BJP.

Yechury is aware of the tough task ahead of him. He knows that the most important task for him would be to maintain unity among the politburo members on this issue as the Kerala lobby, led by Prakash Karat, is totally against stitching up any adjustment with the Congress. On the other hand, there is the possibility of a confrontation between the politburo and the party central committee, which has a large number of delegates from West Bengal. Yechury’s task has been made tougher by the indirect advocacy of a Congress-Left electoral understanding by Surya Kanta Mishra, a politburo member and general secretary of the CPI-M’s West Bengal unit.

There is a wide divergence of opinion between Yechury and the Kerala lobby so far as the character of the national bourgeois as represented by the Congress is concerned. Although at the 21st Congress of the CPI-M in April Yechury’s name as the next general secretary was proposed by Karat and seconded by S. Ramachandra Pillai, the behind-the-scenes drama was quite different. At the initial stage, Ramachandra Pillai’s name was floated by the Karat group almost as a fait accompli as “there was no other candidate”.

What, however, tilted the scale in favour of Yechury was the support he received from the Central Committee. Earlier, his policies and programmes suggested for formulating the party’s political tactical line was rejected by the politburo. However, as a large number of Central Committee members came out supporting Yechury there was no way left for the Karat group and even a section of the Kerala unit started supporting Yechury.

It will be interesting to watch Yechury’s attitude on the CPI-M’s theoretical line of converting the outfit into a “mass revolutionary party”, first enunciated at the Jalandhar Congress in 1978 and very successfully put to practice by E.M.S. Namboodiripad. Although the CPI-M really became a mass organization during Namboodiripad’s time with party membership soaring by around 32,000 annually, yet it also started losing its revolutionary fervor.

Today, the CPI-M is certainly a mass party, the second largest communist party in the world in terms of membership after the Communist Party of China. Unfortunately, except for West Bengal, Tripura and Kerala, the Left’s share of total votes in the other states has come down to less than one percent. The Left has lost whatever presence it had in states like Andhra Pradesh, Bihar, Maharashtra, Orissa and Punjab.

[dropcap color=”#008040″ boxed=”yes” boxed_radius=”8px” class=”” id=””]Y[/dropcap]echury’s biggest challenge will be shaping up the crumbling party organization and living up to the changing aspirations of the people. But the only road for revival available to him has to pass through West Bengal, and here, the new general secretary will be faced with a daunting task.

Sheer arithmetical calculation indicates that the Left will not be in a position to challenge the Trinamool Congress (TMC) even if any electoral understanding with the Congress takes place. In the 2014 Lok Sabha election in West Bengal the TMC got 39.3 percent votes, the Left 29.6 percent, the Congress 9.6 percent and the BJP 16.8 percent. Since 2014, the Congress has weakened further in West Bengal and there is a distinct possibility that a large chunk of its votes will get transferred to either the TMC or the BJP.

The CPI-M leadership is aware of this and, therefore, may try to postpone discussions on the subject. In the event of an alliance with the Congress, the CPI-M may have to answer for the years of its vituperative attacks on the Communist Party of India (CPI) for the latter’s estimate of the Congress as an indispensable tool for fighting communalism.

Yechury’s election as general secretary has certainly brought a bout of fresh air in India’s Left political ambience. But it has to be admitted that not only he but many top-level leaders of the present day CPI-M come from students’ politics which is prone to factionalism. It is to be watched in the forthcoming plenum whether India’s largest communist party still continues with its tradition of intra-party bickerings or becomes a harbinger of fruitful change. 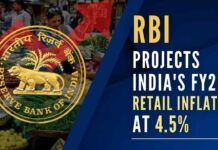 Why is the Racial Wealth Gap widening? And what should be...