[dropcap color=”#008040″ boxed=”yes” boxed_radius=”8px” class=”” id=””]F[/dropcap]our suspected attackers were killed during the hostages rescue operation conducted by French security forces on Saturday at the Bataclan theater after Paris saw a series of explosions and shootings on Friday that reportedly killed at least 140 people and injured many more.
About seven simultaneous shootings rocked central Paris Friday night with one of which turned to hostage taking at the Bataclan theatre and concert hall where hundreds of people were attending a concert of a rock group, Xinhua reported.
During anti-terrorist forces assault at the hall, at least 140 people died and four suspected attackers were killed, the local media reported.
[dropcap color=”#008040″ boxed=”yes” boxed_radius=”8px” class=”” id=””]T[/dropcap]wo explosions were heard near the national football stadium Stade de France where a France-Germany friendly soccer match was being played, attended by French President Francois Hollande. Rushing back to the Interior Ministry from Stade de France, Hollande condemned the “unprecedented terrorist attacks”.
In the 11th district of Paris, after shooting in the theatre Batacla, police confirmed a hostage taking. During police’s deployment in front of the theatre, two or three individuals, heavily armed, opened fire at the security forces.
In an eyewitness report posted on Europe1 website, Julien Pierce, a journalist said “two or three individuals, who are not wearing masks and armed with kalachnikov entered the hall while the concert was underway and started blindly shooting at the crowd”.
[dropcap color=”#008040″ boxed=”yes” boxed_radius=”8px” class=”” id=””]I[/dropcap]n a brief statement on television, the French president declared a state of emergency across the country and the borders were to be closed. “Some places will be closed, traffic will be banned and searches may be conducted throughout the Ile-de-France,” he said, adding about 1,500 military reinforcements have been deployed “to ensure that no other attack can take place”.
In addition, the capital schools and universities will be closed on Saturday.
There was no immediate claim of responsibility for the Paris attacks, but according to the news channel BFMTV, the terrorists shouted “It’s for Syria”.
The likely coordinated attacks came as France, a member of the US-led coalition combating the Islamic State (IS) in Syria and Iraq, struck the group’s strategic targets this week.
[dropcap color=”#008040″ boxed=”yes” boxed_radius=”8px” class=”” id=””]O[/dropcap]n high alert for terrorist attacks, the French government raised the anti-terrorism alert to maximum and additional thousands of security forces have been poured across the country to protect sensitive sites.
Hollande, who cancelled his participation at the G20 summit, will head a defense meeting on Saturday morning after the deadly attacks has shaken the country’s security policy ahead of the high-profile international conference on climate scheduled for the end of this month.
Meanwhile, the international community has strongly condemned the attacks on the French capital.
UN Secretary-General Ban Ki-moon condemned “the despicable terrorist attacks carried out today in various locations in and around Paris”.
[dropcap color=”#008040″ boxed=”yes” boxed_radius=”8px” class=”” id=””]B[/dropcap]ritish Prime Minister David Cameron on Friday said he was “deeply shocked” by the deadly attacks in Paris, offering “thoughts and prayers” to the French people. “I am shocked by events in Paris tonight. Our thoughts and prayers are with the French people. We will do whatever we can to help,” Cameron said via his Twitter account.
German Chancellor Angela Merkel said on Friday evening that she was deeply shocked by the attacks in Paris and declared solidarity with France.
US President Barack Obama on Friday condemned the deadly attacks currently still unfolding in Paris and said it was too early to determine who was behind those attacks.
Calling the attacks in and around Paris on Friday evening “an outrageous attempt to terrorize innocent civilians,” Obama said the US stood ready to provide assistance for the French government.
He also said US officials were “in contact with French counterparts to communicate condolences to families of the victims”. 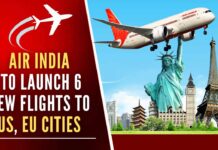 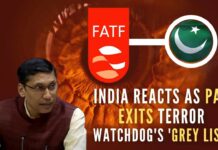 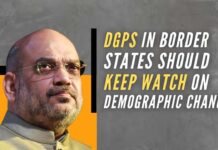