In a shocking development, the Abu Dhabi Police arrested Kerala’s Asianet News TV channel staffers in Dubai over allegations of fake news. On Abu Dhabi Police’s directions, Dubai Police unit on June 2 night arrested cameraman Sujith Sundaresan and office staffer Prasad from a flat in Dubai and sealed the Asianet’s Dubai office. Asianet a few weeks ago had aired a fake report that so many Keralites are starving on the streets of Abu Dhabi for the past 45 days. The period mentioned was Ramzan months and Abu Dhabi authorities got annoyed because starving during the Ramzan period is considered as un-Islamic and found that the news was simply a fake one.

It was also found that the Asianet Dubai reporter K R Arun Kumar was faking the news report as live and actually he was sitting at his home in Kerala. The report was actually meant to criticize the non-compassionate attitude of the Indian Embassy. But mentioning of starving of fishermen who visited Gulf on visiting visa on roads during Ramzan period boomeranged on Kerala’s TV Channel’s Dubai’s bureau.

Reporter Arun Kumar is the son of a former CPI(M) Member of the Legislative Assembly (MLA) Raghavan and has always faced criticism for doing pro-Left reporting. Before the arrest of Asianet’s cameraman and staffer, Abu Dhabi Police in May last week arrested two leaders of CPI(M) cultural organization – Shakti Theaters – for providing this fake news. Shakti Theaters’ leaders Justin Thomas and Ansari were arrested. The Abu Dhabi Police also arrested the Keralite fishermen who gave fake claims of starving for 45 days also.

It is heard that many Keralite business tycoons are trying to liaison with Abu Dhabi authorities to hush up the case. The origin behind this arrest is very interesting. In Abu Dhabi, Kerala’s Muslim League also has an organization popularly known as KMCC (Kerala Muslim Cultural Cente). This KMCC and pro-CPI(M) Shakti Theaters were quarreling for supremacy in the region. Shakti Theater leaders told PGurus’ well-wishers in Gulf region that KMCC leaders complained to Abu Dhabi Police by giving Arab translation of the Asianet News citing that the TV channel had aired anti-Islamic contents like people starving in streets during Ramzan.

Kerala’s media fraternity is silent on the arrest of their colleagues in the Gulf region and banking on backchannel talks and paying a hefty fine and an apology offered to Abu Dhabi authorities. Though Asianet News is owned by BJP MP Rajeev Chandrasekhar, it is a known fact that the majority of the Asianet journalists are facing allegations of pro-Left views and some of them are secretly holding CPI(M) and CPI memberships. The Asianet management is not sending back the reporter KR Arun Kumar to Dubai, as they expect him to be arrested for the fake story. 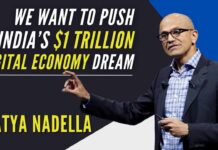 May include provisions to prevent shadow banning in proposed Digital India Act: IT Minister