CCI slaps the second penalty in 1 week on Google

The market watchdog Competition Commission of India (CCI) on Tuesday slapped its second penalty on Google within a week — this time to the tune of around $113 million (Rs.936 crore) — for abusing its dominant position with respect to its Play Store policies. The tech giant has been given a time of 30 days to provide the requisite financial details and supporting documents.

Google India was yet to react to the fresh CCI ruling. India is Google’s largest market by users. The CCI also directed Google to cease and desist from indulging in anti-competitive practices.

Last week the CCI imposed a penalty of Rs.1,337.76 crore on Google for abusing its dominant position in multiple markets in the Android mobile device ecosystem[1].

In its fresh ruling, the regulator found Google to be dominant in the markets for licensable OS for smart mobile devices and market for app stores for Android smart mobile OS, in India.

Google’s Play Store policies require the app developers to exclusively and mandatorily use Google Play’s Billing System (GPBS) not only for receiving payments for Apps (and other digital products like audio, video, and games) distributed/ sold through the Google Play Store but also for certain in-app purchases.

If the app developers do not comply with Google’s policy of using GPBS, they are not permitted to list their apps on the Play Store and thus, would lose out on the vast pool of potential customers in the form of Android users.

“Making access to the Play Store dependent on mandatory usage of GPBS for paid apps and in-app purchases is one-sided and arbitrary and devoid of any legitimate business interest. The app developers are left bereft of the inherent choice to use payment processors of their liking from the open market,” said the CCI.

“Google shall allow, and not restrict app developers from using any third-party billing/ payment processing services, either for in-app purchases or for purchasing apps. Google shall also not discriminate or otherwise take any adverse measures against such apps using third-party billing/ payment processing services, in any manner,” said the regulator.

In relation to the computation of penalty, the commission noted that there were glaring inconsistencies and wide disclaimers in presenting various revenue data points by Google. Accordingly, the commission imposed a penalty of 7 percent of its average relevant turnover amounting to Rs.936.44 crore upon Google. 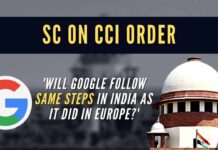 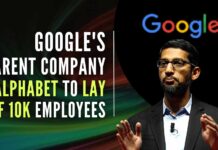