The noose tightened around Karti Chidambaram, son of former finance minister P. Chidambaram in the Aircel-Maxis deal with the Income Tax department and the Enforcement Directorate carrying out searches on Tuesday at several premises of Karti’s business associates.

Famous eye care chain— Vasan eye care hospital— was among those places which were searched, sources said. Karti Chidambaram reportedly holds stake in the eye care centres. The two agencies are probing tax evasion and violations under the provisions of the Foreign Exchange Management Act (FEMA).

Karti Chidambaram is alleged to be one of the beneficiaries of the Aircel-Maxis deal in which Chidambaram’s rule is under scanner in connection with the grant of clearance by the Foreign Investment promotion Board to the controversial deal when Chidambaram was the Finance Minister.

In April 2012, addressing a press conference, BJP leader Subramanian Swamy released documents of Registrar of Company (RoC) pertaining to “Karti-controlled companies”, and alleged that Foreign Investment Promotion Board (FIPB) under Chidambaram cleared the Rs 4,000 crore ($601.14 Million) Aircel-Maxis deal only after his son got “five per cent shares in C Sivasankaran’s Aircel Televenutre Ltd”.

After the raids on Tuesday, Chidambaram accused the government of targeting his son. “If the government wants to target me, it should do so directly,” he said, adding, “My family and I are quite prepared to face the malicious onslaught.”

In August, Enforcement Directorate had served a summons on two directors of a firm linked to Karti in connection with its money laundering and hawala probe in the Aircel-Maxis case.

The Aircel-Maxis deal is being probed by both ED and CBI and the case is a part of the overall probe in the 2G scam case.

In 2006, Maxis claimed to have acquired 74 percent stakes in Aircel and the remaining 26 percent was owned by Indian companies associated with the Apollo Hospital group. These shares are held by Sunita Reddy, one of Apollo group founder Dr C Pratap Reddy’s daughters.

However, a CAG audit revealed that the Maxis acquired 99.3 percent share of Aircel in violation of India laws which permitted only 74 per cent FDI in the telecom sector. The grant of FIPB clearance to such grossly illegal transaction when Chidambaram was finance minister in 2006 is one of the issues that is under probe.

Chidambaram did not seek the approval of the Cabinet Committee on Economic Affairs (CCEA) for granting FIPB clearance to the deal though the proposal needed to be cleared by the CCEA as it was above Rs.600 crore ($90.17 Million) of the takeover limit. The Maxis deal turned out to be more than Rs.4,000 crore ($601.14 Million).

As against the prescribed FDI ceiling of 74 percent in the telecom sector, Maxis group of Malaysia violated the intent of the DoT guidelines of 2005 by effectively having 99.3 percent financial stake in March 2006 and deriving corresponding 99.3 percent economic returns from their investment in the Aircel Ltd. However, DoT did not do any due diligence to ascertain the facts to ensure that the prescribed eligibility criterion for telecom licenses was complied with and enforced,” the CAG has said in a report. 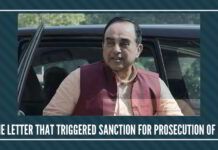 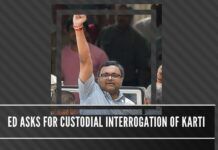 Aircel-Maxis scam: Not a good ‘news’ for NDTV

In conversation with Prof. RV on his new book on Black...

Peter Mukerjea charged with murder in the Sheena Bora case