[dropcap color=”#008040″ boxed=”yes” boxed_radius=”8px” class=”” id=””]I[/dropcap]ndian right-arm spinner Amit Mishra was arrested here on Tuesday for allegedly assaulting his girlfriend in a city hotel recently and was released on bail later, police said. “Mishra was formally arrested after a three-hour interrogation in the assault case by the investigation officer and released on bail as the offence is bailable,” Deputy Commissioner of Police Sandeep Patil told reporters here.

Vandana Jain, a Bollywood film producer who claimed to know Mishra since the last four years, filed a complaint against him at a local police station on September 27, alleging that the bowler had abused and assaulted at a posh hotel in the city on September 25.

“We have collected details from Mishra, including his version of the incident. We will complete the investigation and submit the case report to a local court soon where he will have to face trial when summoned,” Patil said.

[dropcap color=”#008040″ boxed=”yes” boxed_radius=”8px” class=”” id=””]A[/dropcap] case was registered against the 32-year-old leg-spinner under various sections, of the Indian Penal Code (IPC) for outraging the modesty of Vandana and assaulting her physically. Police had served notice to Mishra on October 20, asking him to appear in the Ashok Nagar police station for interrogation. Patil said that Mishra, if found guilty, faces a maximum punishment of six to seven years.

Mishra was in the city in the last week of September to attend the Indian team’s preparatory camp at the National Cricket Academy for the Mahatma Gandhi-Nelson Mandela series against South Africa.

He is in the squad for the first two Tests against South Africa at Mohali and Bengaluru in November 5-9 and November 14-18.

[dropcap color=”#008040″ boxed=”yes” boxed_radius=”8px” class=”” id=””]A[/dropcap]ccording to police sources, Mishra denied assaulting Vandana and instead accused her of barging into his hotel room without his consent. “As entry of outsiders into hotel room of players is against BCCI norms, I objected to her entering into my room in my absence,” Mishra said during the three-hour long questioning. He also accused Vandana of using foul language and not leaving the room when asked.

Mishra’s friend Raghvin, who introduced Vandana to him, stood surety for his station bail, which entails appearance at the police station or in the local court when summoned for further investigation and trial.

[dropcap color=”#008040″ boxed=”yes” boxed_radius=”8px” class=”” id=””]I[/dropcap]n a related development, Indian Premier League (IPL) chairman Rajeev Shukla said the Board of Control for Cricket in India (BCCI) would look into the details of the assault case against Mishra before the first Test. “He (Mishra) will be allowed to play in the first two Tests unless the charges were proved against him,” Shukla told reporters in New Delhi earlier. 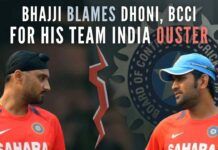