An excerpt from the book Uncle Pai

‘Pai enjoyed working in The Times of India.

Despite not being mainstream journalistic work, it was enjoyable since the books division was brimming with multiple possibilities.

Some of these possibilities would bear fruit in the years to come. And a few of them would have Pai’s personal stamp. One among them would be Indrajal Comics.

The Idle Printing Machines Pai would, in the later years, joke about his indebtedness to the printing machines at TOI. After all, those machines kick-started Pai’s association with comic books. The management realized that their printing machines invariably stayed idle half the time.

To utilize them better, they decided to add to their publishing portfolio. They rejected the idea of a tabloid and a magazine.

When they had exhausted the obvious options, the onus fell on the books division to come up with some solution. One day, Pai was called by his boss, PK Roy, to his office. ‘Pai, you’ve heard about the printing machines issue, isn’t it?’ Roy asked the moment Pai stepped inside the cabin. Pai, like others in the office, had heard about it, though he wasn’t privy to the details. ‘Yes, sir,’ was all Pai replied. ‘The management has decided to publish comic books and wants to establish a separate division for it,’ Roy said. ‘Would you like to take it up?’ Pai wasn’t sure if he was being offered an appreciative responsibility or if this was a sign of him being sidelined since he had heard similar stories at other companies.

It would be difficult to find an educated, middle-class household in India in the 1970s, 80s, and the 90s without a copy of Amar Chitra Katha (ACK) (‘Immortal Picture Stories’), an epic caravan of comic books that retold stories from Indian folklore and mythology, together with pictorial narrative portrayals of India’s turbulent history. More than three generations of Indians grew up knowing their heritage by reading his books. Such was the impact of one man’s dream Mr. Anant Pai.

However, not much is known about Pai’s journey during the creation of ACK. So obviously I was thrilled when I came across this biography. After all, I’m one of those millions who grew up reading his creations, be it Amar Chitra Katha or Tinkle magazine.

The book pulled me into a world that was close to what I had imagined, letting me see the hardships he faced, the intricacies involved in creating just one 32 page comic book, and the research that’s done for each title. Throughout, the brilliance of Anant Pai is competently depicted by Iyer.

Determined to enable Indian children to become reacquainted with their own country’s history, ancestry, and heritage, Pai encouraged a local publisher, India Book House, to provide financial backing for his new educational comic-book series, Amar Chitra Katha. The series disseminated with the American Classics Illustrated an editorial mission to unmask young readers to ‘great literature’ (or, at the very least, ‘real’ books), via the popular comic-book form. The biography speaks of the steps taken by Pai to generate curiosity among children towards our folklore. But the start wasn’t easy for Pai. It involved Pai moving from Indrajal comics to ACK, a journey that’s stunning and captured well by the author in an effective way.

As the author observes in his book, Anant Pai drew impetus to get Indian children acquainted with our mythology after seeing a Doordarshan quiz show in which the participants could answer questions on Greek mythology but failed miserably while responding to a question on Ramayana. That was the moment when he decided to unravel the bountiful and rich Indian culture. He got into the enormous mission of introducing our culture, civilization, saints to our children. The ‘story-behind-the-story of Amar Chitra Katha is intriguing in itself and brings to light an incredible comics-publishing phenomenon. The confluence of different ages of comics needs a special mention here. What is striking about this book is that it is well researched. Indeed both informative as well as captivating.

The other fascinating element of this book is the pivotal role that The Phantom played in fostering audience appetite for comic books in a country that had no previous tradition of comic book publishing. Pai’s decision to use The Phantom to launch Indrajal Comics is especially engaging, touching as it does upon the character’s status as an archetypal – rather than overtly American – hero, one capable of outperforming cultures and echoing with extensively different international audiences. In a paradoxical sense, the popularity of The Phantom (and Indrajal Comics) helped spread the groundwork for a truly ‘Indian’ comic-book industry, which gathered commercial momentum throughout the late 1960s and 1970s, compelling writers and illustrators whose work reproduced Indian culture, both past, and present. The technological necessity – to simply keep the printing presses running sowed the seed of creativity which soon took shape of huge immortal picture stories. But in doing so, Pai came across many trials and tribulations that were circumvented with determination and confidence.

The events of Pai’s life are chronicled in the most detailed description in the book so much so that we seem to be traveling through the lane to revisit the places that Pai worked at and lived in.

Overall the book is a must-read for all and it is also worth mentioning that a chapter on Mr. Pai has already been featured in the Yuva Bharati, Xi std of English textbook under the title ‘Audience with Anant Pai’. Anyone who grew up reading Amar Chitra and Tinkle, it’s a must-read.[1] 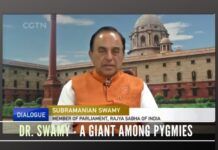 Sree Iyer explains why IPL and Dubai have such a special...