[dropcap color=”#008040″ boxed=”yes” boxed_radius=”8px” class=”” id=””]I[/dropcap]f you think that no other age group is more vulnerable to loneliness than the elderly, go check your backyard. The mammoth rise of the internet and emergence of various social media platforms have left many young Indians – some as young as 14 – socially isolated, lonely and, eventually, in the grip of chronic depression that can take their lives.

Not just leading to suicidal tendencies, the feeling of being lonely can make you sick, very sick if not addressed clinically and socially well in time.

According to Dr. Samir Parikh, director, (mental health and behavioural sciences) at Fortis Healthcare in the capital, loneliness can be a trigger to self-suicidal ideation in young people. It can also affect their overall well-being.

“Loneliness can affect you physically and psychologically – draining people and leaving a huge vacuum in their life, thus putting them at suicide risk,” Parikh told IANS.

In the virtual world, such lonely souls will, in fact, drift further away from the real interaction which is a must for the healthy functioning of mind and body, she added.

The rise in internet and smartphone addiction among children is fast becoming a worrying trend for Indian parents.

“I recently came across 14-year-old Tanay who was admitted to the psychiatric ward at the hospital as he could not switch off his mobile and was addicted to the social media. He was treated for screen de-addiction or else he could have suffered a serious mental disorder,” Dr. Sandeep Govil, consultant (mental health and behavioural sciences) at Saroj Super Speciality Hospital in New Delhi, noted.

According to a global research, loneliness leads to fight-or-flight stress that can ultimately affect the production of white blood cells.

[dropcap color=”#008040″ boxed=”yes” boxed_radius=”8px” class=”” id=””]T[/dropcap]he ‘danger signals’ activated in the brain by loneliness ultimately affect the production of white blood cells. The resulting shift may both propagate loneliness and contribute to its associated health risks,” the researchers noted in a paper published in the Proceedings of the National Academy of Sciences.

According to Dr. Sameer Malhotra, director (mental health and behavioural sciences) at Max Super Specialty Hospital, loneliness can add to distress, can be associated with self-neglect and can trigger a host of psychosomatic problems.

“Mind and body are closely intertwined through an array of neurochemicals, hormones and immune system. Stress associated with loneliness can lead to a host of physical problems. Unhealthy diet can also trigger physical problems,” Malhotra told IANS.

Recently, a 20-year-old student, Nitin, came to Dr. Malhotra. He was feeling lonely and homesick and had symptoms of depression and anxiety. Being on the social media did not help but actually aggravated his condition.

“He was not eating properly and had lost five kg weight in a span of a month. Complaining of frequent crying spells, anxiety episodes, disturbed sleep and decreased concentration, he had started questioning the very purpose of life,” Dr. Malhotra recalled.

He was assessed in detail and the family was involved in the treatment process. Bonding with the family – alongside medication support – helped him get out of the state of loneliness within a month.

[dropcap color=”#008040″ boxed=”yes” boxed_radius=”8px” class=”” id=””]A[/dropcap]ccording to Dr. Malhotra, limit your time with smartphones and other gadgets as the vibes shared via direct personal communication have their own merit. Transitionally, being on Facebook may make a difference to your wellbeing.

Loneliness takes a toll on your physical health as well where you tend to survive on unhealthy diets. Stress can culminate in the form of binge eating which is dangerous as you tend to eat unhealthy food. It can also lead to a condition of hypertension and lethargy.

People who live alone have a lower diversity of food intake and consumption of core food groups like fruits, vegetables and fish.

For example, a lack of motivation and enjoyment in cooking and/or eating alone often leads to people preparing simple or ready-made meals lacking key nutrients.

The remedy is simple: invest in relationships and stay out of the virtual world as much as possible. 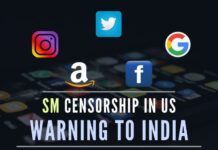