[dropcap color=”#008040″ boxed=”yes” boxed_radius=”8px” class=”” id=””]A[/dropcap]s the fallout of #PanamaPapers continues, a new study, about to be released by Oxfam says that for each dollar America’s 50 biggest companies paid in federal taxes between 2008 and 2014, they received $27 back in federal loans, loan guarantees and bailouts. The study comes out with these stunning findings:

This study has some sobering realities: 62 people have as much wealth as the 3.6 billion poorest people combined. By the way, 5 years ago, this used to be 388. Why is this bad? Because the ultra rich do not spend their money unlike the ultra poor, who do not make enough to even put proper food on the table for their loved ones. We are not talking about starting a business or buying a home here! There is no money for even the bare necessities. How did this skew happen? Enter the Tax haven.

Globally, it is estimated a total of $7.6 trillion of private riches sits offshore. If tax could be paid on the income that this wealth generates, an additional $190 billion would be available to governments each year. Such tax revenues could purchase other goods and services, infrastructure, regulatory bodies, welfare systems as well as public services that would keep the states running. The state of Illinois is already facing significant tax shortfalls causing college closures. The sad aspect of this is that schools that would benefit the poorest strata are the ones in financial danger.

In developing countries in particular, where there’s an even bigger need for strengthening health and education services for the countless millions of those who still live in extreme poverty, this kind of difference could be made by revenues from taxes. However, while money is hidden in tax havens rather, this may work in reverse, switching the weight on the poorest individuals.

And why would a humanitarian nonprofit like Oxfam spend its time poring over offshore accounts and tax dodges? “The global economic system is becoming increasingly rigged” in ways that exacerbate inequality, laments Ray Offenheiser, president of Oxfam America.

[dropcap color=”#008040″ boxed=”yes” boxed_radius=”8px” class=”” id=””]O[/dropcap]ne academic study found that tax dodging by major corporations costs the U.S. Treasury up to $111 billion a year. With this money, less than one-fifth of that annually would be more than enough to pay the additional costs of full-day prekindergarten for all 4-year-olds in America ($15 billion), prevent lead poisoning in tens of thousands of children ($2 billion), provide books and parent coaching for at-risk kids across the country ($1 billion) and end family homelessness ($2 billion).

The Panama Papers should be a wake-up call, shining a light on dysfunctional tax codes around the world — but much of the problem has been staring us in the face. Among the 500 corporations in the S.&P. 500-stock index, 27 were both profitable in 2015 and paid no net income tax globally, according to an analysis by USA Today.

While it is true that the Corporate tax in the US is 35%, the effective tax rate, taking into account all the subsidies/ rebates/ incentives etc. is 17-18%. The Obama administration has been cracking down on corporations that are trying to move abroad to get out of taxes. The Stop Tax Haven Abuse Bill (H. R. 297)is slowly but steadily progressing in both the Congress and the Senate.

It is said that change comes first to California and in a few years, the rest of United States absorbs it. Likewise it is hoped that the US can show the way for other countries on how to create a Tax Haven Bill that will stop corporations from parking their money abroad. The Pretence of trust – P5 of our series on Tax Havens 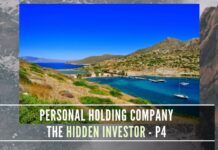