This is the first part in a two part series on BREXIT.

[dropcap color=”#008040″ boxed=”yes” boxed_radius=”8px” class=”” id=””]F[/dropcap]or the leader of the United Kingdom Independence Party (UKIP) Nigel Farage, June 23, 2016, will be ‘Independence Day’ when Britain will hopefully decide in a referendum to exit (BREXIT) the EU.  Farage said that such a decision would make him “die a happy man.”1  Farage is backed by the mayor of London Boris Johnson.  The Works and Pensions Secretary Ian Duncan Smith1 is also for BREXIT and feels that Prime Minister David Cameron’s claim that the referendum is a “gamble of the century” is rubbish.  Pro-BREXIT leaders feel confident that they can obtain 50 Tory MPs to support a no confidence vote on Cameron.

Britain ruled half of the globe and it is humiliating to be treated as underdogs in the EU.

Though Cameron is seen by some as a lame duck Prime Minister, Cameron is confident that he can win the vote.  Cameron felt that he obtained for Britain a “special status” deal within the 28-country bloc. Britain would opt out of an “even closer union” and would like to insert in future agreements that this special status would be “formal, legally binding and irreversible.”  Cameron felt that the sovereignty issue had reached a point “beyond doubt.”  The European Commission, on the other hand, realized that there were many different paths to a unified government and that Britain favoured a parliamentary democracy and was willing to accept this stance.  What remained to be settled is whether the EU would follow the American or UN model.  The European Commission also inserted traffic signals for moving forward:  if 55% of a nation’s parliament wanted to block or veto a decision, the Commission would accept this “yellow card.”2

Cameron’s deal with the EU also included welfare payments for migrants, the indexing of child benefits for those living abroad, and protection for the City of London.  A migrant would benefit from in-work benefits after a period of four years.  Child benefits could be exported but they would be indexed to the country where child resides.  Benefits would therefore be relatively greater in richer countries and less in poorer.  Brussels correspondent Matthew Holehouse reckons that the indexation of child benefits would cost Britain £25 million a year.  In toto, Britain had 34K and half a million benefit claimants in Britain and Europe respectively: 22k from Poland; 2,500 from Ireland; 1,700 from Lithuania; 1400 from France; 23 from Denmark; 61 from Norway; 14 from Luxembourg; and 288 from Netherlands.3   Besides being expensive, freedom of migrant workers is difficult to control.

They have some sound reasons for favoring BREXIT.  To some extent, their opposition is psychological: Britain ruled half of the globe and it is humiliating to be treated as underdogs in the EU.  They prefer to engage with the Old Commonwealth than the EU.  They note with envy that flourishing Norway and Switzerland are out of the EU. They also feel that they cannot forge economic links freely without the consent of Brussels. 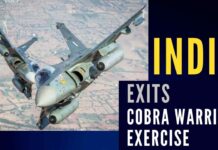 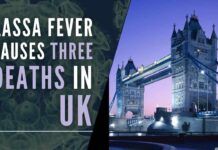