[dropcap color=”#008040″ boxed=”yes” boxed_radius=”8px” class=”” id=””]L[/dropcap]ast week, after May delayed the project of a partly-Chinese funded nuclear power plant, O’Neill told his friends that he will leave the government in September unless May can give a reason for him to stay.

“He’s considering why he has been asked to stay,” the Financial Times report quoted an anonymous friend of O’Neill as saying.

The treasury minister, a former Goldman Sachs chief economist, is an advocate for the “Golden Era” of relations between Britain and China and has promoted the China-involved project of the Hinkley Point C nuclear plant.

If the Hinkley Point C project went as former Prime Minister David Cameron’s government has planned, Chinese companies and French power utility EDF would set to build it soon. However, May’s delay of the decision made it uncertain.

A new decision is expected until as early as September, the report said.

May has said that she delayed the plans for the Hinkley Point C project in fear of national security, calling for further assessment of the plan, but some insiders told local media that another nuclear plant in Bradwell is the government’s real target.

Plans about the nuclear power station at Bradwell-on-Sea in Essex, southeast England, is reportedly at a very early stage. To be co-built by EDF and China General Nuclear Corporation (CGN), it will be a Chinese-led project, using Chinese technology. 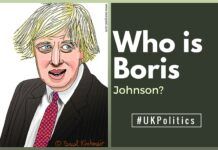 Who is Boris Johnson?

The three-decade wait for HP dam is over over; will generate...