The Enforcement Directorate (ED) punctured Congress leader D K Shivakumar’s arguments that he paid tax for the huge income and declared affidavits to the Income Tax (IT) department and the Election Commission. Just by paying the tax one cannot turn tainted property into untainted one, the Enforcement Directorate said on Thursday, while opposing his bail application in a money laundering case. The ED explained to the Court that 20 years ago, Shivakumar had only Rs.1.38 crores from agricultural income and there must be a probe as to how it turned out to Rs.800 crores now.

The ED’s Prosecutor told Special Judge Ajay Kumar Kuhar that if released, Shivakumar may influence the persons who are in knowledge of his “grave offence” of money laundering and are yet to be examined. Additional Solicitor General K M Nataraj, appearing for the ED, said he did not cooperate during the investigation and failed to offer any plausible explanation for the source of acquisition of properties worth Rs 800 crores.

This firm’s vehicles were used to ferry MLAs during trust votes and Rajya Sabha election of Sonia Gandhi’s Secretary Ahmed Patel, of transporting a huge amount of unaccounted cash on a regular basis through ‘hawala’ channels with the help of three other accused.

“The declaration of property made by him is irrelevant. The question is how he acquired it. Even if he pays tax on it, it still remains tainted property. By just paying tax tainted property cannot be turned into untainted,” the probe agency told the court. The claims made by the politician were “unbelievable”, it said.

“He says he is an agriculturist. Rs.1.38 crores from agricultural income is projected by him for the last 20 years. The entire property is now worth Rs 800 crores. Saying that Rs.1.38 crores was invested and became 800 is unbelievable,” the ED said.

Senior advocate Dayan Krishnan, appearing for the Karnataka Congress leader, opposed the submission saying he never claimed that the mere income from property became Rs.800 crores. ED’s special public prosecutors Amit Mahajan, N K Matta, and Nitesh Rana also said that Shivakumar did not cooperate during questioning and offered no plausible explanation on the source of acquisition of the properties. The court has posted the matter for further hearing on the application on September 21.

The agency said that Shivakumar, who is in judicial custody, did not cooperate during interrogation despite direct documentary evidence linking him with the proceeds of crime in the case. “A huge amount of proceeds of crime have been found to be laundered and investigation in this regard is ongoing. There exists a reasonable apprehension of crucial evidence being destroyed if the applicant is enlarged on bail,” the ED said.

The agency informed the court that Shivakumar’s daughter, Aisshwarya D K Shivakumar, 24, was also summoned during the probe and it was found that transactions to the tune of Rs.108 crores have been made in her name. During the probe, the agency also recorded statement of Shivakumar’s

auditor N N Somesh who provided information about the properties acquired by the politician and his associates by making cash payments.

“The agency needs to summon and examine many more such persons and it is apprehended by the ED that if Shivakumar is granted bail, then there is every possibility that the applicant would influence such persons who are in knowledge of his offence of money laundering and would tamper with evidence,” it said.

The agency said that the investments made by Shivakumar in the name of his family, associates and accompanies are enormous and as per his election affidavit filed in 2018, he along with his family members holds assets worth Rs.800 crores for which he is unable to provide the source of acquisition.

“The applicant, during the investigation so far, could not offer any plausible explanation with the respect to source for acquisition of all properties,” the agency said.

Shivakumar diverted tainted money through more than 317 bank accounts which finally landed either in his or his family members’ bank accounts, the agency said. The ED had in September last year registered the money laundering case against Shivakumar, Hanumanthaiah, an employee at the Karnataka Bhavan in New Delhi, and others.

ED sources indicated that Shivakumar was routing money to Delhi leaders on a regular basis. The case was based on a charge sheet (prosecution complaint) filed by the Income Tax Department against them last year before a special court in Bengaluru on charges of alleged tax evasion and hawala transactions running into crores.

The I-T department has accused Shivakumar and his alleged associate S K Sharma (owner of controversial Sharma Travels). This firm’s vehicles were used to ferry MLAs during trust votes and Rajya Sabha election of Sonia Gandhi’s Secretary Ahmed Patel, of transporting a huge amount of unaccounted cash on a regular basis through ‘hawala’ channels with the help of three other accused. 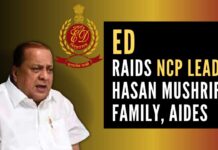 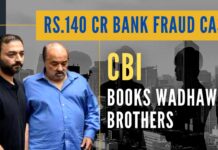 Why Barkha Dutt is so angry?