[dropcap color=”#008040″ boxed=”yes” boxed_radius=”8px” class=”” id=””]T[/dropcap]he massive campaign launched by the Hindu community in the United States against an Indophobic narrative that sought to erase the very mention of India from California school textbooks on grounds that “India did not exist before 1947”, achieved a small success when the full membership of the Instructional Quality Commission (IQC) of the California Board of Education (CBE) agreed to backtrack from the previous decision of renaming the chapter, “Ancient India” as “Ancient South Asia” in textbooks for sixth and seventh grade students.

Meeting to decide the final stages of the History Social Science Framework on Thursday, 19 May, the Board of Education mainly reviewed and confirmed decisions made at the March 24 meeting, which was held in the wake of the Scholars for People petition against the erasure of India and Hinduism from school textbooks.

The Indophobic scholars, mainly from the South Asia Faculty Group (SAFG), had also recommended that “Hinduism be replaced with other terms” because “it is debatable whether Hinduism exists as an organized religion even today.” It goes without saying that they would not countenance giving a non-monotheistic tradition equal footing with Abrahamic creeds. However, the Board made a concession by not completely deleting “Hinduism” and opting for the March 24 ‘compromise’ of saying “ancient Indian religions including but not limited to Hinduism”.

More significantly, the CBE decided not to support the South Asia Faculty Group’s demand to delete the names of Vyasa and Valmiki, two of India’s greatest sages, from the curriculum. Scholars for People led by Professor Vamsee Juluri had raised a hue and cry over this proposal as these non-Brahmin sages were deeply respected by Dalit communities; they decried the move as “casteist”, which possibly had a deterrent effect. Thus, Valmiki, author of India’s primordial epic, Ramayana, and Vyasa, who composed the first version of the epic, Mahabharata, have been restored to the curriculum.

On the flip side, the Board deleted a reference to jatis having been self-governing in ancient India (which is how society governed itself in the absence of a unified polity). Instead, it retained language that stated that caste was tied to birth and religion (Hinduism). While this is largely true, historical instances of jatis moving up the caste hierarchy are probably too complicated to teach to middle school students. Hence, on this point, the Dalit activist groups and South Asia Faculty Group had their way.

The Instructional Quality Commission meeting was well attended, and nearly 200 people spoke on the occasion, including several pro-India children and several very nasty South Asia activists; some of them mocked and demeaned the children.

Interestingly, a Commission member reopened an accepted change on Islam and slavery and had it whitewashed. This change had been added after Uberoi Foundation scholars sent a letter saying they would accept critiques of caste if the textbooks would also include critiques of slavery in Islam. Ultimately, however, material deriding the caste system was retained and Islam sanitised.

Discussion on the course content is now officially over, and henceforth, discussions will be held with textbook publishers. The new books will come out in the next one or two years and will remain unchanged for the next decade.

[dropcap color=”#008040″ boxed=”yes” boxed_radius=”8px” class=”” id=””]O[/dropcap]verall, the exercise upheld the British colonial dogma (John Strachey et al) that India is an agglomeration of mutually warring and tenuously linked ‘nationalities’ held together by force. This view maintains that Indian civilization is not a unified entity and Hinduism, the highest common denominator of Indian identity, came into existence only after ‘the British invented it in the 19th century’ (a version parroted by Romila Thapar et al). Paradoxically, the British are not blamed for Hinduism’s inherently oppressive and misogynist character! All other religions are upheld as egalitarian and gender-neutral – something difficult to substantiate on even a cursory reading of their scriptures.

The activism of Americans of Indian Origin could not overcome the general direction and tenor of the deliberations, which was to erase India and demean Hindus. Though over 280 million members of Scheduled Castes and Scheduled Tribes returned their religion as ‘Hindu’ in the Indian Census, the activist-scholars refused to accept them as Hindus, and wanted the textbooks to depict SC-ST ancestors as oppressed, lacking in agency or achievements. That is why they wanted to erase the names of Valmiki and Vyas, who infuse pride in Dalits of India and Pakistan.

The activist-scholars sought to demean the Sikhs by suggesting that ‘Sri Guru Granth Sahib should be replaced with Guru Granth’. They found Babar to be a ‘humanist’ though Guru Nanak had decried his violent invasions.

In the discussion on 9-11, it was asserted that Islam must not be singled out; instead there should be discussion on how Hinduism, Buddhism, Judaism etc., too have led to religious violence. To uphold the discredited Aryan Invasion theory, they repeated the untruth that there was ‘no horse at Harappa’.

The activist scholars include Kamala Vishweshwaran, well-known as a political pamphleteer, viz. ‘No US Visa for Modi’, ‘Do not elect Modi as PM even though the NDA got a majority’, etc. Another eminence is Sheldon Pollock, who believes that Sanskrit literature spawned Nazism (in Europe, not India) and that the Ramayana was meant to oppress the masses.

Another renowned academic is anthropologist Jonathan Kenoyer, who denied that Ghaggar Hakra was the Sarasvati River, which contradicts his own published works! This led some of the American Indian activists to wonder if the animosity of these US scholars towards India was due to the fact that the Indian archaeological establishment refuses to give them unchecked excavation rights in India, which they enjoy in Pakistan.

Be that as it may be, though American Indians managed a few victories, the 194-page long submission by Scholars for People could not ensure that India and Hinduism received the same standards of respect and fairness as all other civilizations, nations, and religions. The role of Islam and Christianity in slavery, colonialism, and genocide against the people of North and South America, Africa, and India and other parts of Asia was sanitised and Hinduism and India continued to be belittled. 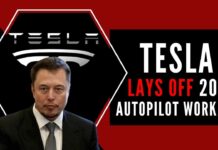