Foreign Trade to be stabilized in China

The State Council, China’s cabinet, urged local authorities to intensify efforts to stabilize exports and imports, which both declined in the first seven months of the year.

[dropcap color=”#008040″ boxed=”yes” boxed_radius=”8px” class=”” id=””]T[/dropcap]rade facilitation measures adopted by the country’s free trade zones should be duplicated and used in other regions, standards at different customs areas must be unified, and examination procedures should be simplified, according to a statement released after a State Council executive meeting presided over by Premier Li Keqiang Tuesday.

Rolling out trade facilitation measures adopted in free trade zones in Shanghai, Guangdong, Tianjin and Fujian will improve the policy environment for trade development and lower transaction costs, said Sang Baichuan, professor at the University of International Business and Economics.

Financial institutions should enhance credit support to companies that have received export orders, help them control exchange rate risks, and expand the coverage of export credit insurance, the statement said.

Local authorities must clear management fees at ports and for shipping businesses, it said.

Sang said clearing those fees is an important move for creating a better business environment as it reduces the logistics costs of trade companies.

The country should give full consideration to the role of investment in promoting foreign trade and raise the capability of central and western regions to receive trade projects, according to the statement.

[dropcap color=”#008040″ boxed=”yes” boxed_radius=”8px” class=”” id=””]F[/dropcap]oreign trade in the first seven months of the year was 3 percent lower than a year before, with exports down 1.6 percent and imports down 4.8 percent, the General Administration of Customs said earlier this month.

The statement also said that China will launch a special inspection for eliminating overcapacity in the steel and coal mining sectors to fulfill the annual target for this year.

By the end of July, the coal mining sector had completed only 38 percent of its assignment to eliminate overcapacity, and the steel sector had finished 47 percent.

Starting in fall 2016, public senior high school students from families living in poverty will be exempted from tuition and miscellaneous fees, the statement said.

The country will also improve a mechanism to link inflation with subsidies to low-income families.

Price subsidies will be given to low-income families when the consumer price index rises by 3.5 percent or more year on year in a single month or food prices rise 6 percent or more, according to the statement. 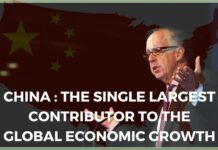 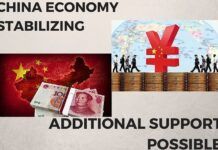