The project will cost in excess of $2 billion, including the exploitation of a 3.8-million-tonne coal mine and the construction of a 660,000-kw power station near the mine.

China will contribute $800 million to the financing, while the Pakistani partners will provide $500 million, mainly through China Development Bank and Habib Bank.

The project was expected to be completed by the end of 2017, and it will be the first such project in the China-Pakistan Economic Corridor.

The corridor will be a 3,000-km network of roads, railways and energy infrastructure, between the ports of Gwadar in Pakistan and Kashgar in Xinjiang, Xinhua reported. It is being established to help Pakistan economically and boost growth for the Chinese border economy. 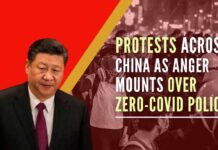