Chinese President Xi Jinping on Sunday called on the BRICS countries to strengthen confidence in growth and boost coordination within the emerging-market bloc so as to jointly cope with global challenges.
Acknowledging that the five countries — Brazil, Russia, India, China and South Africa — are facing increasing complexities and difficulties and experiencing slower growth, Xi proposed that they upgrade their economic structures for long-term development.

“China stands ready to share development opportunities with other BRICS countries and lift our economic cooperation,” the Chinese president said at a BRICS leaders’ meeting held in the Turkish resort city of Antalya on the sidelines of the G20 summit.
“Pure gold fears no fire,” Xi observed.
“As long as we hold firm confidence and strengthen coordination, the BRICS countries will surely sail through winds and waves,” he was quoted as saying by Xinhua.
Indian Prime Minister Narendra Modi, Brazilian President Dilma Rousseff, Russian President Vladimir Putin and South African President Jacob Zuma attended the meeting.
The five leaders strongly condemned Friday’s terror attacks in Paris, and reaffirmed their commitment to international cooperation in combating terrorism.
They also called for early implementation of the 2010 reform plan of the International Monetary Fund.
(IANS) 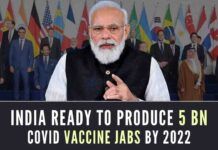 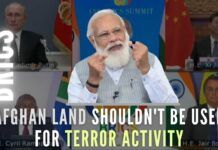