The statistics show a stabilizing economy that helps rebuild confidence in the sluggish global economic recovery.

With China’s economic growth in line with market expectations, “fears of a hard landing have eased this year,” and “Wednesday’s data painted a picture of an economy that is slowly stabilizing,” Reuters reported.

The Chinese government has targeted growth in a range of 6.5-7.0 percent for this year, and China will just meet the goal, according to a poll by AFP.

In the past two months, the world has remained positive about China’s economy.

The International Monetary Fund has slightly marked down 2016 growth prospects for advanced economies, while continuing to forecast China’s economy would expand 6.6 percent this year and 6.2 percent in 2017.

Financial services corporations have been more optimistic about China’s economy.

Morgan Stanley raised the country’s growth prospects to 6.7 percent from 6.4 percent for this year.

At the end of September, when Bloomberg surveyed 58 economists, their average expectation of 2016’s expansion improved to 6.6 percent.

Over the past month, foreign financial institutions, including Standard Chartered Bank and Barclays Bank from Britain, and Commerzbank from Germany, have raised their 2016 growth prospects for China.

The overall increase of the latest economic indicators showed the deep-rooted effectiveness of the government’s policy to stabilize the economy, as well as an improving economic growth momentum, said these institutions.

The data indicated that “China’s transition from a high-speed, heavy industry-based economy to a moderately-fast consumer and services-based economy is well underway,” Andy Rothman of Matthews Asia was quoted as saying by AP.

The data pictured consumption as the driving force of economic growth. Households and the service sector still play a leading role in rebalancing the economy, said Luo Zhen, vice-chancellor of the Australia-China Relations Institute at the University of Technology Sydney.

China will realize its strategy toward a consumption-driven economy, which is crucial to the global economy, said McKinsey & Company in an executive summary released in April this year.

“Roughly 700 cities in China alone will account for seven trillion U.S. dollars, or 30 percent, of global urban consumption growth to 2030,” it said.

Releases from September showed a strong economic growth in China with rise in industrial production, retail sales, and fixed-asset investment, which will continue into the fourth quarter, said Bloomberg Intelligence economist Tom Orlik.

Regarding China’s prospects for the fourth quarter as promising, United Overseas Bank Ltd. in Singapore predicted a strong growth in the service industry and a modest growth in credits and loans.

Some economists had predicted that the Chinese economy will continue to slow down. The 6.7 percent growth in the third quarter has wiped out these doubts and brought confidence in the world economy, Nadia Radulovich and Maria Cecilia Peralta, co-founders of consulting group Asia Viewers, told Xinhua in an interview.

Stephen Roach, a senior fellow at Yale University, stressed the contribution China has made to the world economy.

“If China’s economy grows at 6.7 percent in 2016, the country would contribute nearly 39 percent of the overall global growth, dwarfing the contribution of other major economies,” he said.

Note:
1. Xinhua
(This story has not been edited by PGurus.com and is auto–generated from a syndicated feed we subscribe to.) 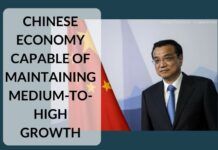 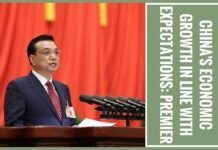 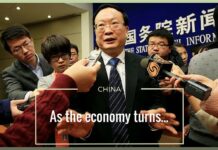 How is Indian Economy Doing?