[dropcap color=”#008040″ boxed=”yes” boxed_radius=”8px” class=”” id=””]A[/dropcap]sserting all deals of Young India were above board, the Congress on Friday welcomed any probe with regard to the National Herald case. In an interview to ABP News, Randeep Surjewala asserted that
“Young India had taken a commercial loan of ₹1 crore($154,000) through cheque from a company of RPG group at an interest of 14%. The entire loan along with interest has been repaid to the same company of RPG group”.

“If the government of India, enforcement directorate, registrar of companies, income tax department or any other agency have any doubts regarding the financial dealings of RPG group or Young India, they can initiate investigations. We would welcome it and are ready to cooperate with them,” said Congress spokesperson Randeep Singh Surjewala.

The Bharatiya Janata Party on Thursday levelled charges against Congress president Sonia Gandhi and vice president Rahul Gandhi in connection with the National Herald case, alleging Young India, a company in which both Gandhis are said to have major stake, had borrowed a total of Rs.1 crore from a firm which was allegedly involved in converting black money into white.

“Every account of Young India has been audited by income tax department, returns have been filed at registrar of companies. There is no doubt in its financial dealings. The loan has been repaid through cheque,” said Surjewala. 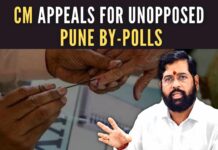