[dropcap color=”#008040″ boxed=”yes” boxed_radius=”8px” class=”” id=””]C[/dropcap]ooking gas consumers with taxable income of more than Rs.10 lakh per annum will no longer get benefit of the subsidy on gas cylinders, the government announced on Monday.

To be applicable from the New Year, the directive would be effected “initially on a self-declaration basis”, a petroleum ministry statement said.

“While many consumers have given up subsidy voluntarily, it is felt that consumers in the higher income bracket should get LPG cylinders at the market price,” it said.

“Therefore, the government has decided that the benefit of the LPG subsidy will not be available for consumers if the consumer or his/her spouse had taxable income of more than Rs.10,00,000 during the previous financial year computed as per the Income Tax Act, 1961”, it added.

Of the 16.35 crore cooking gas cylinder consumers in the country, 57.5 lakh have voluntarily given up their subsidy, “heeding the call given by the prime minister”, the government said.

With the implementation of the Pahal initiative for paying consumers cooking gas subsidy directly into the bank accounts of 14.78 crore consumers up to end-November, it has become the world’s largest direct benefit transfer scheme, as was noted by Prime Minister Narendra Modi in his “Mann Ki Baat” radio address on Sunday. 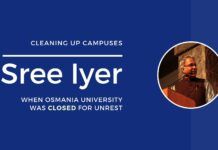 Sree Iyer recalls the time when Osmania University was shut down 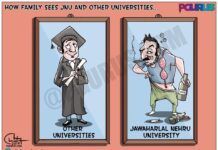