[dropcap color=”#008040″ boxed=”yes” boxed_radius=”8px” class=”” id=””]I[/dropcap]n India we have these conclaves or Literary Festivals (Lit Fests) where every year the same people congregate and regurgitate the same profound thinking on an unsuspecting audience. Of course wine and other things flow in the evening courtesy many of our public sector giants. Care must be given while using elevators though!
In the case of Davos it is more hilarious since in that ice and cold our expert Journos ask the same questions to our political and business leaders and get the same old profound responses.
These journalists could have asked the same questions here but you lose out on the “ambience” and “vibrations”. Our leaders are very clear that Global economy is facing problems but India is a shining exception. The business people, who have spent thousands of dollars to push themselves in, are clear that if our Government gives tax concessions and subsidies and exemptions to them then things will look up.
No one has a clue as to the issues involved or the solutions therein. But the music goes on since corporate houses will anyhow treat it as expenses to be written off for tax purposes.
[dropcap color=”#008040″ boxed=”yes” boxed_radius=”8px” class=”” id=””]E[/dropcap]urope is in utter turmoil wherein the venerable London Economist writes an Editorial on “Migrant men and European woman”. It says not in so many words – that these “Neanderthals” need to be taught that they should not grope or molest any available women. Once these “men who believe that wives always must obey husbands” are re-trained that bikini-clad or fully exposed women in beaches and bars are to be treated like sisters/ mothers everyone will adopt to western values—whatever it is—and the world will be back to the golden days.
More than 50% of births in USA last year were what used to be called Bastards or the new expression “out of wedlock” – unwed mothers/ single mom families are becoming a majority.
Families have forgotten the six lettered English word called “saving” since “family”, another six letter word is becoming extinct. The sovereignty of the family is dead as the Archbishop of England declared a couple of years ago. In the United Kingdom there are more households with television sets than fathers!
[dropcap color=”#008040″ boxed=”yes” boxed_radius=”8px” class=”” id=””]T[/dropcap]he entire European society has nationalized families – left the burden of taking care of kids / old aged people/ healthcare etc. to Government – stated differently, the entire western World is under Jaya Amma rule except for her presence.
Households have run huge amount of debts – which nobody talks about in Davos – due to lack of savings, and this debt, that runs into billions, is sinking the society. Everybody is using future income — which is uncertain — for today’s benefits. Consumption driven economy cannot go beyond a point. Financial markets are mostly divorced from the Real economy and all noises about financial markets is similar to shouting about terrorists as an abstract phenomenon.
Interestingly both Global terrorists and Global corporates/ Banks do not have any more respect for “Sovereignty of countries” – Terrorists feel the whole world is their playground and global companies hide all their profits in Tax-havens. US IRS is concerned and angry that big companies like Microsoft and Amazon and Google do not pay enough taxes in US but show profits in Cayman Islands. Financial markets are in their own orbit, cut off from real economies.
We have enough double distilled idiots who want to follow this failed model of West and make the right kind of noise at Davos.
[dropcap color=”#008040″ boxed=”yes” boxed_radius=”8px” class=”” id=””]T[/dropcap]hese failed models and imported experts can’t solve any of our problems since they are oblivious of our problems. Thankfully Indian society moves in its own pace and orbit and does not give importance to these imported experts. It provides them position/ salary and it also stealthily laughs at them about their ignorance. Exactly how village elders treat village idiots. Give them more wine or whatever they want and let them “strategize” and “transform” and “disrupt” since they know not how India functions…
Of course many may go to Davos to check their Swiss balances in illegal accounts worrying about aggressive US and German revenue authorities, but that is a different story for a different day. “India’s use of technology to drive health outcomes offers many lessons for the world”: Bills Gates 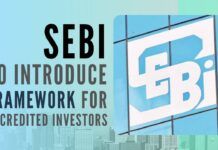 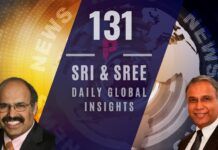 TN fishermen issue – the truth of the matter