The arrested key suppliers were identified as Feroj Sheikh and Muffazul Sheikh, both natives of West Bengal. Fake notes worth Rs.8 crores that were routed in India from Bangladesh were recovered by authorities.

Furnishing details about their arrest, Singh said in the last week of October, the Special Cell received input regarding the circulation of FICN in India from Bangladesh through the Indo-Bangla border in District Malda (West Bengal).

According to the police, the arrested persons have already supplied FICN with a face value of more than Rs.2 crore in the national capital during the last two years.

Soon after, the police mounted surveillance on the movements of the members of this syndicate and requisite intelligence was collected. It was found that two key suppliers of FICN — Feroj and Muffazul — are actively involved in the supply of the same in Delhi, West Bengal, Bihar, and other parts of India.

“On December 21, a tip-off was received that Firoj Sheikh would deliver a big consignment of FICN to Muffajul Sheikh near Kalkaji Mandir Bus Stand on Maa Anand Mai Marg, New Delhi between 9-10 p.m. Immediately, a team was constituted and a trap laid near the said place,” the DCP said.

As both the accused arrived at the specified location, the cops cornered and apprehended them. “Currency notes in the denomination of Rs.2,000 with a face value Rs.8 lakhs were recovered from the duo i.e. Rs.5 lakh from Feroj Sheikh and Rs.3 lakhs from Muffazul Shiekh,” the official informed.

During interrogation, accused Feroj Sheikh disclosed that he had procured consignment of recovered FICN from one Salaam of Murshidabad in West Bengal. It was revealed that they had come to deliver the FICNs to one of their contacts in Delhi as they have been actively indulging in the circulation of FICN in parts of the country for about the last five years.

The two also disclosed that they used to procure FICNs of Rs.1 lakh of Rs.30,000 and further supplied or sell the same at the rate of Rs.40,000-45,000 per lakh to their contacts in Delhi and other parts of the country. Feroz Sheikh has also disclosed that Salaam, the supplier, used to receive the consignment of FICN from Bangladesh at the Indo-Bangla border in Dist Murshidabad.

The police have registered a case under appropriate sections of the law and further probe is still on. 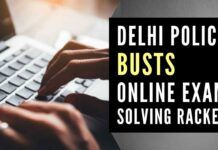 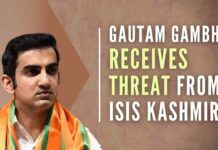