[dropcap color=”#008040″ boxed=”yes” boxed_radius=”8px” class=”” id=””]I[/dropcap]n Himachal Pradesh in a small picturesque town, to empower rural youth in learning computer programming technology where a young Indian-American student has begun on her journey on Prime Minister Narendra Modi’s call to bridge the “digital divide” in the country.

In Kasauli learn computer programming through “Pi A La Code” the project that began in 2014 where California-based Sonia Uppal is helping young talented minds at the Saraswati Niketan Senior Secondary School in a village.

Uppal told IANS in a telephonic interview from California, “that the people loved to learn the using immersive tools to build software the experience which was always excited me and to the rural people in India I decided to take computer science”.

In the Silicon Valley there was an exhibition showcasing invention, creativity and resourcefulness where she stumbled upon a $35 computer developed by Raspberry Pi who are the makers of tiny and affordable computers for kids at the Bay Area Maker Faire.

“Uppal initially thought to take the Pi device to India — to The International School Bangalore (TISB) in Bengaluru where she was studying computer science during the period when her father was transferred to India then the mere sight of the cost-efficient Pi computers brightened up her mind.

She realised that students at her school did not need this basic computer device. But what about students in rural India, she thought, for whom this simple device can become a useful learning tool?

Thus, the “Pi A La Code” idea took shape. “I realised it would be much useful if I take this Pi device to schools in villages which will have much more impact,” Sonia told IANS.

[dropcap color=”#008040″ boxed=”yes” boxed_radius=”8px” class=”” id=””]I[/dropcap]n the meantime, she raised money to buy 10 Raspberry Pi teaching sets. She first taught herself Python — a widely used high-level, dynamic computer programming language while being selected as a Stanford SHE++ fellow — a social enterprise that empowers women to make their mark in the technology industry.

Here, Uppal met people who inspired as well as helped her to take up the noble cause of teaching computer programming to students in rural India.

Emboldened, she developed a curriculum on her own and flew back to India in 2014 for a 10-day trip to the school tucked away in Kasauli — her mother’s ancestral place.

After the initial hiccups, things quickly fell in place for her. Uppal got the necessary permission to teach computer science at Saraswati Niketan Senior Secondary School. With her broken Hindi, she started to teach computers and the basics of Python to Class 10 and 11 students.

“”I thought there would be language and other barriers, but besides internet connectivity problems, we didn’t have any other major issues,” Uppal added.

Her course was fun, engaging and produced immediate responses with the students.

[dropcap color=”#008040″ boxed=”yes” boxed_radius=”8px” class=”” id=””]T[/dropcap]he students learnt how to operate the Pi device and basic Python very quickly which was incredible since the only computer experience they had prior was learning how to restart a monitor or to save a word document,” she elaborated.

Following the 10-day pilot run in 2014, Uppal returned to the US but continued teaching the students over Skype for a whole year.

In 2015, she again came back to Kasauli and taught both web programming and Python to the students.

“I am really glad that I have been able to reach so many kids through this project as I wanted to introduce computer science to the underprivileged,” Uppal said, revealing that many of her students, who are now starting for college, want to pursue computer science as a career.

Encouraged, she now wants to extend the “Pi a La Code” project beyond Kasauli.

She also wants to approach the Himachal Pradesh government for its help to start a Raspberry Pi programming curriculum in more schools in the state.

“”Since Pi teaching set is quite inexpensive, many kids can be taught for a small amount of funding and this can easily be expanded to other states,” she explained.

Currently, Uppal is focussed on making an e-book compiling the lessons she implemented in her curriculum. 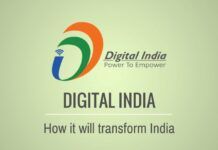 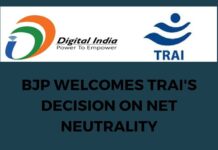 Haryana sets up an online portal for grievance redressal