Prime Minister Narendra Modi will inaugurate the Kashi Vishwanath corridor on December 13 amidst grand celebrations. The ceremony will be aired live in 20,000 temples across the country.

Priests from 12 Jyotirlingas and 51 Siddhapeeths will be present during the inauguration ceremony.

PM Modi will reach the venue via Holy Ganga to inaugurate the project worth over Rs.700-crore. The three-day celebration that will follow on December 12, 13, and 14 will be celebrated like Diwali and Dev Deepawali with huge participation by the people of Varanasi.

PM will also take a tour of the Ganga river by boat and perform ‘Ganga aarti on Dec 13. The whole of Varanasi will be lit up similar to Diwali-like celebrations.

On the occasion of the inauguration of the Kashi Vishwanath corridor, the highest revered shrine of the Hindu faith, people from the city will light up diyas. Along with this, a laser show and fireworks will light up all temples, streets, ‘crossroads’, and other public places in Varanasi.

The planners will celebrate the festival of ‘Deepotsav’ on the lines of the ‘Divya Kashi‘ in the whole of Uttar Pradesh. The lighting lamp will create a festive atmosphere with ideological commitment which will send out the message of strong cultural ethos.

On the day of the inauguration of the Kashi Vishwanath corridor, all boats will be decorated with colourful lights which will be the main center of attraction. An appeal has been made by the state administration to all the people to light lamps in their homes on the lines of Diwali celebrations. The people have been instructed to keep the streets and their locality clean and cooperate in the public cleanliness drive.

After this, Modi will visit the Swarved temple, Umrah, and a CNG plant in Shahanshahpur and leave for Delhi on December 14 in the afternoon.

Booklets containing the story of how the Kashi Vishwanath Temple was renovated will also be distributed among several households.

BJP Kashi regional President, Mahesh Chandra Srivastava said, “On December 13, there will be a festive atmosphere in the state. Diyas will be lit in every house, every temple, street, and BJP office in the state. We are going to celebrate a grand festival.”

Kashi Vishwanath Dham, the work of which is in the final stages, is the dream project of Prime Minister Modi. The corridor is now gleaming with lights. After the launch of the corridor, ‘Chalo Kashi month‘ will also begin under which many programmes will be organized here.

Kashi Vishwanath Dham is spread over an area of 54,000 square meters.

The construction work of the Dham is being completed in two phases. The work of the first phase is in the final stage which includes the construction of Mandir Chowk, Varanasi city gallery, museum, multipurpose auditorium, hall, devotee facilitation centers, public facility, a spiritual house, Godoulia gate, ‘Bhogshala’, shelter for priests and sewadars, spiritual book palace, among others. 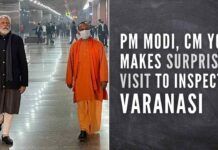 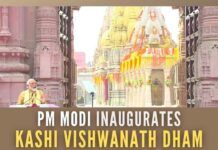 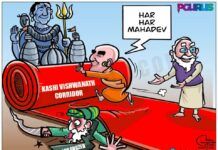 Aryan Dravidian divide – Why it is incorrect & inappropriate for...