[dropcap color=”#008040″ boxed=”yes” boxed_radius=”8px” class=”” id=””]W[/dropcap]ith three Rio-bound athletes publicly restrained from travelling to Brazil to participate in the Olympic Games (one later allowed to travel but not finally cleared for participation, at the time of writing), and a Rs 25 crore haul of party drug ‘meow meow’ by a special cell of Delhi Police on 2 August, India’s drug problem needs to be acknowledged as a phenomenon way beyond Punjab.

That successive governments have systematically underplayed the extent of the problem can be seen from the fact that mephedrone (M-CAT, meow meow) was included in the Narcotic Drugs and Psychotropic Substances (NDPS) Act, 1985 only in 2015, after herculean efforts by Dr Yusuf Merchant, one of India’s leading anti-drug crusaders. He filed a public interest litigation (PIL) to get it banned as it was the most accessible drug to school and college students.

As a resident psychiatrist at Mumbai’s J.J. Group of Hospitals, Dr Merchant found lots of patients in the 18-20 year age bracket using the drug. He spoke to top police officers in the city and officers from the narcotics department, but though they were aware of the drug, they confessed helplessness as it was not included in the NDPS Act. Dr Merchant therefore devoted four years to collecting data on the drug to make a strong case in court.

In this period, he found the drug usage rising and embracing children as young as 13-14 years old. He filed his PIL in December 2014, and tasted success in February 2015, possibly the quickest-ever PIL victory in judicial history.

[dropcap color=”#008040″ boxed=”yes” boxed_radius=”8px” class=”” id=””]M[/dropcap]-CAT is becoming increasingly popular in the rave party circuits of metropolitan cities like Mumbai and Delhi. That an inspector-rank customs officer was the alleged source of the seized consignment underscores the dimensions of the problem.

Udhta Punjab could well be a metaphor for India’s drug menace. In sports, the high pressure to perform becomes the excuse for an act which shames the nation. The Russian Federation was recently humiliated by a blanket ban on its participation in the Olympics, which was later rescinded. But it was a close call.

After wrestler Narsingh Yadav and shot-putter Inderjeet Singh, sprinter (200m) Dharambir is the third Indian sports personality to test positive for a banned drug in a routine check by the National Anti-Doping Agency. The incident is doubly unfortunate as Dharambir is the first Indian male sprinter to qualify for the Olympics in 36 years.

Inderjeet Singh, who won a gold medal at the Asian Athletics Championship 2015, claims to be victim of a conspiracy for criticising sports authorities; his June 22 sample contained Androsterone. Commonwealth Games’ gold medalist Narsingh Yadav alleged that his food supplements and water were tampered with.

That athletes from different sports (wrestling, spot-putt, sprinting) failed on the eve of departure for Rio suggests that doping has a wide reach and this is just the tip of the iceberg. But once the Rio Olympics are over, the truth can be expected to be hushed up as coaches tend to be an intimate part of doping protocols. Often there is a thin line between a banned and permitted substance, as tennis champ Maria Sharapova discovered to her dismay.

[dropcap color=”#008040″ boxed=”yes” boxed_radius=”8px” class=”” id=””]T[/dropcap]he known use of drugs by popular film or sports personalities or other role models has a pernicious effect on vulnerable minds. A new and dangerous trend, Dr Merchant warns, is professionals with a US degree who land top jobs in prestigious firms and mentor their juniors into drug abuse. These youngsters, who often come from humble backgrounds, simply do not know how to say ‘no’.

The trick is to de-glamourise drugs and encourage youngsters to say ‘no’. Dr Merchant began by roping in top actors (mostly those personally known to him, who could be reached without going through their agents) to schools and even slums, to motivate teenagers to resist the lure of drugs.

To take the message to a wider audience, the Universal Education & Mental Health Advancement Foundation (UEMHAF) and Drug Abuse Information Rehabilitation & Research Centre (DAIRRC) have prepared a short film, ‘Love Life, Hate Drugs’, using stalwarts such as Amitabh Bachchan and John Abraham to appeal to the youth to shun drugs.

Dr Merchant’s Drug Abuse Information Rehabilitation & Research Centre (DAIRRC) is widely acknowledged as one of India’s leading NGOs in the fight against substance abuse prevention strategies, including treatment and rehabilitation of drug addicts, and research in the causes and effects of drug abuse. It has Special Consultative status with the United Nations’ Economic and Social Council (ECOSOC).

[dropcap color=”#008040″ boxed=”yes” boxed_radius=”8px” class=”” id=””]T[/dropcap]he Rehab program is a voluntary treatment program based on ‘total abstinence’ and the principles of Narcotics Anonymous and self-help. It comprises three distinct phases – Motivation, Detoxification and Rehabilitation. Over 20,000 persons have been detoxified so far. Success is measured by (1) No intake of any mood or mind altering substance for more than 4 years, (2) No further interaction of the addict with law enforcement agencies, and (3) Gainful employment. All treatment is without medicine, making it different from the detox programmes that pass for rehab at most centres.

Drugs have an annual turnover of over $500 billion, making it the second largest industry in the world after defense. The world, Dr Merchant points out, spends more on drugs than on health, education and sanitation put together. India is home to 10 million of the world’s estimated 247 million drug abusers, according to data from the United Nations.

UEMHAF president and mental health expert, Keshav Palita, adds that the incidence of drug abuse among children and adolescents is higher than the general population, because youth is a time for experimentation and identity formation, where the developing mind is vulnerable to suggestions. He observed that more than half of his patients were introduced to drugs below the age of 15 years. Hence Merchant and Palita decided to ask cine stalwarts to deliver the message to their followers.

The yawning chasm, however, is India’s lack of required facilities for rehabilitation of drug users. Given the dimensions of the problem, the Government must step up and design an effective rehabilitation program 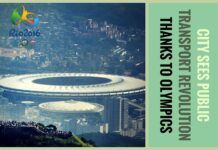