A Dutch investigation on the over-invoicing leading to Money Laundering in the purchase of equipments related to gas and oil exploration is expected to reach the doors of Mukesh Ambani-headed Reliance Industries Limited (RIL) linked firms in Singapore and India. According to Dutch journalists, the Dutch firm A. Hak was caught for frauds in an over-invoicing probe in November 2017 to many firms including firms linked to RIL’s gas pipeline projects. On April 5, the Fiscal Intelligence and Investigation Service & Economic Investigation Service (FIOD-ECD) arrested A.Hak’s Chief Executive Officer (CEO) Willem van Geenhuizen and his son Marco and daughter Mariska.

The Dutch journalists said that on Saturday the Magistrate gave the CEO and his son and daughter bail directing them to co-operate with the investigations. During the progress of the probe, Marco and Mariska resigned from the Directorship in April 2018.

“Through this Dutch company, materials and services have been purchased for the gas pipeline project all over the world. The costs of the materials and services supplied have been passed on by the Indian company to gas customers and consumers in India,” said the Dutch newspaper Cobuw, details the money laundering and over invoicing of 1.2 billion dollars (more than Rs.8000 crores) related to Indian firms linked to RIL.

“This was done by concluding false insurance contracts. The insurance was supposedly taken out to cover the risks of material purchases, while there are no indications that the Dutch company actually ran those risks. Through a series of companies and structures in Dubai, Switzerland and the Caribbean, among others, the profit would then have ended up with a company of the Indian client in Singapore,” said another Dutch newspaper Quote.

When news of the arrests of the three Directors of the Dutch firm reached India on Saturday, RIL issued a press release claiming: “Our attention has been drawn to media reports on purported investigation by Dutch Authorities linking Reliance Industries Limited (RIL) and a gas pipeline laid in India in 2006. RIL or any of its subsidiaries neither set up any gas pipeline in 2006, nor have contracts with any Netherland company for setting up of any gas pipeline and hence the report cannot relate to RIL. RIL has always complied with all rules, regulations and applicable laws and any suggestion of impropriety by RIL is emphatically denied[1].”

“No public funds were invested and all borrowings from banks, financial institutions and others have been fully repaid by the promoters. We strongly deny any suggestion of any money having been laundered at any stage during the implementation of the project. Suggestion of such impropriety lacks logic and economic rationale and is emphatically denied,” EWPL said in a statement, after the arrest of Dutch firm’s promoters.

The Dutch investigators told the court that 1.2 billion dollars of over-invoicing and money laundering happened through 15 firms in Dubai, Switzerland, Caribbean Islands and also a company in Singapore known as Biometrix Marketing Limited. This Singapore firm related to Mukesh Ambani’s RIL was involved in the money trails of Rs.6500 crores in the Krishna Godavari (KG) Basin controversy. Noted lawyer and activist Prashant Bhushan and the Communist Party India (CPI) leader Gurudas Dasgupta in their petition in 2014 accused this Singapore firm Biometrix Marketing Ltd for money laundering for RIL[2]. The Modi Government assured the Supreme Court that it would probe it. Now with the probe of Dutch investigators, more details are expected to come out in big transnational frauds in the oil and gas exploration industry.  The big question is whether Indian Government will allow its agencies to interact with their Dutch counterparts to unearth this big over-invoicing fraud and money laundering. 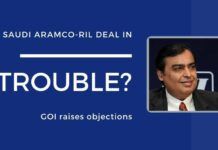